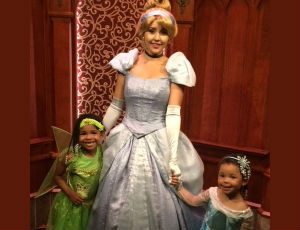 Many little girls want to grow up to be a princess. My two daughters certainly did. (They’re on to mermaids now.) If you've ever wanted to be a princess, you may have wondered—what sort of books would a princess read?

There are all sorts of princesses out there and it turns out there are just as many princess books as there are little girls. Let’s explore what it means to be a proper princess with these royal reads:

What Is A Princess?: To stand out as a princess, you need to know what the competition looks like. Learn about some of the most popular Disney princesses—from Ariel to Snow White.

The Princess of Pink Slumber Party: Even princesses have slumber parties, and sometimes they get homesick too!

The Princess and the Pea: Sometimes a test is needed to figure out if you're a real princess, often involving a pea.