Henry Eduard Legler (June 22, 1861-September 13, 1917) served as Chicago Public Library's chief librarian from 1909 to 1917 and was a strong advocate for expanding library services. Legler Regional Library is named in his honor. The recently renovated Legler Regional celebrates its 100th anniversary this year. 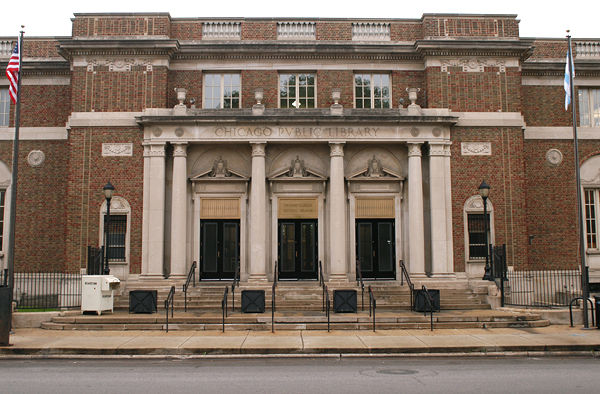 Henry Legler was an Italian American journalist, politician and librarian. Born in Palermo, Sicily, Italy, Legler immigrated with his parents to the United States in 1869, and settled in Milwaukee in 1872. While in Wisconsin, Legler was a journalist. From 1890 to 1894, Legler served as secretary of the Milwaukee School Board.

From 1904 to 1909, Legler served as secretary of the Wisconsin Library Commission, where he greatly expanded Wisconsin's traveling library system, helped develop the Wisconsin Legislative Reference Library, founded a training school for librarians and opened institutes throughout the state for training librarians.

Then, from 1909 until his death in 1917, Legler served as chief librarian of Chicago Public Library. He was a prominent member and president (1912-1913) of the American Library Association. Legler also served as curator of the Wisconsin Historical Society and wrote several history books and articles.

In 1916, Legler presented the proposal "Library Plan for the Whole City," the first comprehensive branch library system in the nation, which included five regional libraries and 70 local branches with an explicit goal of having a library within walking distance of every Chicago resident. While Legler died a short time later, in 1917, CPL's Board of Directors moved forward with his plan. When the first regional library opened in 1920, they named it after him.