A novel is made up of a thousand, maybe two thousand details in which dreams and experiences are packed so close together that they merge or melt oddly into each other. When I was 12 years old, a woman came to our house and told my mother the story of the novel Brooklyn, which I began to write almost 40 years later. I cannot think why I was in the room listening or why I remembered the story. It was just a few sentences, but it stayed in my mind.

Then, in the spring of 2000, in the Santa Maddalena Foundation outside Florence in the house of the writer Gregor von Rezzori, which had been opened to writers by his widow Beatrice Monti, I wrote the first chapter of my novel The Master and a story set in Enniscorthy, where I am from in Ireland, called “House for Sale.” The two pieces could not have been more different in content and style.

I published the story but did not include it in the collection Mothers and Sons. I wanted to add to it, and I thought about it a good deal over the next six years. During these years a few things happened that would make the novel Brooklyn come into being. I began to spend time in the U.S., first on a fellowship at New York Public Library and later teaching in Texas and California. Also, I built a house in a remote place overlooking the sea in the southeast of Ireland. The house was just beside the place where we had spent every summer until my father died.

When I was away in America, I dreamed about the house, dreamed about filling it with books and furniture, and spending time there doing what the poet Elizabeth Bishop called “nothing, or nothing much,” or maybe writing or walking on the beach or sitting looking at the sea.

Also, in 2001 I joined the choir in my local Catholic church, St Gregory’s on New York’s Upper West Side. It had once been an Irish church, but was now used by congregations who included very few Irish. On Fridays as we practised, I could sense the old ghosts, the Irish immigrants who had used this building as their home from home in America. And the Irish priests who had served them.

By that year, the East Village in New York had ceased to be trendy; if you were young and talented you lived in Brooklyn and made a virtue out of a neighbourhood like Williamsburg or Cobble Hill. I started going to parties in Brooklyn and then slowly, courtesy of the writer Robert Sullivan and his family, went to mass a few times on Sundays there. Once more, I was aware of an older city, a place inhabited by immigrants—Italians, Irish, Jews—which had slowly changed.

In America, I dreamed all the time of going back to the house I had built overlooking the Irish Sea. In San Francisco, when I taught at Stanford for two terms, I used to drive out on a Saturday to Point Reyes to look at the ocean and dream about my own ocean thousands of miles away. Sometimes I was homesick for a place I had not called home for many years.

When The Master had been published in 2004 and then the collection of stories Mothers and Sons in 2006, I thought I would return to “House for Sale.” It was still fresh enough in my mind for me to start, writing a second chapter to it, as though it were a novel. I have a vivid memory of one night in that house in Ireland I thought I should read “House for Sale” again, to make sure the chapter I was working on would fit seamlessly with it.

In the first two pages of the story I had used that scene when a woman visited my mother when I was 12 and told her a story, the story that became Brooklyn. I had put the story into a single paragraph, thrown it away. Now, in this new house, late at night, I realised that this story, and this story alone, was what I was looking for. It had everything I needed, or rather over the previous six years since I had experienced the constant business of leaving Ireland and coming back to a newly invented home, I had everything it needed. 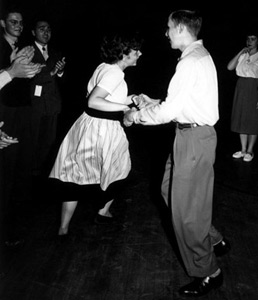 I had the emotions the character would need. I had some of the experiences.

Then I knew what to do. I knew to forget myself and begin imagining a character. Give her a sensibility, a way of seeing the world, very far from my own. But it was hard once I put her on a boat not to use some terrible times I myself have had with seasickness, where I have retched for days on end on boats.

I read an oral history of Brooklyn in the 1940s and ’50s, and some books about the culture of baseball there. I looked at old photographs. I walked the streets of Brooklyn where my heroine would walk. I went to Coney Island. I asked Robert Sullivan if I could use his house in Brooklyn as the boarding house for Eilis Lacey, my character. He later discovered that a house just beside his had, in fact, been an Irish boarding house up to the ’70s. I needed to know what it was like for an innocent girl to have sex for the first time, and I asked a friend who furnished me with much fascinating information. She almost drew diagrams. I asked a friend also to ask a friend about the names for nylon stockings that African American women wore in 1951.

But mostly I dreamed. I dreamed my half-real homesickness and gave it to Eilis Lacey more intensely. I dreamed the fierce cold of the New York winter. I dreamed a women’s boarding house and dances. I dreamed the Irish in New York in the early ’50s. I dreamed an Italian family. And then I dreamed demons and I wished I could keep them at bay, but some of them were my demons and they would not rest until I had placed them in the book too.

And I made up a plot, adding to it slowly, using what I had learned from Henry James about secrecy and point of view, and seeing if I could apply that to my character and my setting. I was careful not to do too much research, because what I needed more than anything was to imagine a psychology rather than a topography, a character rather than a time and place. And I was careful to keep myself—my own opinions, my own psychology—out of the book and to put as much of myself—my dreams, some experiences, a sense of what had happened to me over the previous decade—hidden darkly in the book as metaphor or emotional ballast. I wrote down a thousand, or two thousand, details and tried to make them true. I smiled at the sly thought that no one would ever know which of them belonged to dreams and which of them to experience.