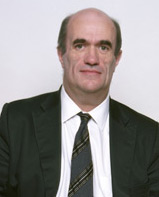 Colm Tóibín was born in 1955 in Enniscorthy, County Wexford, Ireland, the fourth of five children. He began writing poetry and stories at the age of 12, soon after the death of his father. In boarding school, he became a voracious reader, and he went on to graduate from University College Dublin. Immediately after college, he moved to Barcelona and taught English for three years before returning to Ireland to begin a career in journalism.

He worked as a journalist, columnist and editor for several Irish papers and magazines from the late 1970s to the early 1980s, gaining an audience through his regular columns in papers like the Dublin Sunday Independent, and ultimately becoming the editor of Magill, Ireland’s leading current affairs magazine, during its heyday from 1982 to 1985. After leaving the magazine, Tóibín moved to South America. He settled for a while in Argentina, writing about the trial of President Galtieri and other authorities accused of human rights violations. His best journalism from this period is collected in The Trial of the General, which includes sections on South America, Africa, Ireland and more.

In 1987, he published Walking Along the Border, an account of a journey by foot along the border between Northern Ireland and the Republic of Ireland, the first of many travelogues he would publish between novels. His first novel, The South, was completed in 1986, but not published until 1990, when it was met with widespread acclaim.

Colm Tóibín is the author of seven novels: The South; The Heather Blazing; The Story of the Night; The Blackwater Lightship; The Master, which won the Los Angeles Times Book Prize for fiction; Brooklyn, which won the Costa Fiction Award; and The Testament of Mary; as well as Mothers and Sons, a book of short stories. He has given workshops and master classes at Listowel Writers Week, The Arvon Foundation and The American University at Washington, D.C., and has also taught at the New School, Princeton University, Stanford University and the University of Texas at Austin. Tóibín’s books have been translated into 28 languages. He is a regular contributor to the London Review of Books and The New York Review of Books.