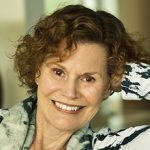 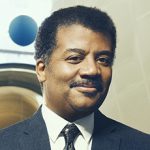 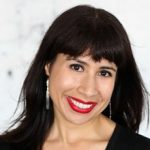 The Carl Sandburg Literary Awards Dinner will honor the authors Tuesday, October 9 at The Forum on the campus of the University of Illinois at Chicago.

Blume's groundbreaking books are a rite of passage for kids and teens. Since her first novel in 1969, she's honestly addressed real-life topics, from racism (Iggie's House) to divorce (It's Not the End of the World) to the death of a parent (Tiger Eyes). Her books for adults include Summer Sisters and In the Unlikely Event.


Astrophysicist Tyson brings scientific concepts to the layperson, exploring big ideas in an engaging way. His most recent books are Astrophysics for People in a Hurry, which was named a 2017 Best of the Best pick by Chicago Public Library, and the forthcoming Accessory To War: The Unspoken Alliance Between Astrophysics And The Military.

Sánchez's debut poetry collection, Lessons on Expulsion, explores her life as the daughter of undocumented Mexican immigrants; themes include grief, immigration, race, religion, sexuality, travel and work. Her teen novel, I Am Not Your Perfect Mexican Daughter, the story of a Chicago family reeling after the death of their eldest daughter, was a finalist for the 2017 National Book Award for Young People’s Literature.

The 21st Century Award honors significant recent achievement in writing by a Chicago-based author. In presenting this award, the Foundation hopes to encourage the creation of new works and increase public awareness of the writer's talents.