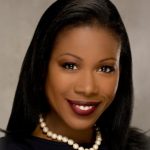 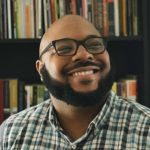 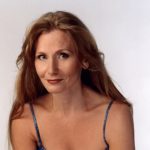 Known for extensive research and thoughtful insights into America’s history, Wilkerson is the author of Caste: the Origins of Our Discontents, a September 2020 CPL staff pick. Publishers Weekly called the Oprah’s Book Club pick a "powerful and extraordinarily timely social history." Wilkerson’s award-winning debut, The Warmth of Other Suns: The Epic Story of America's Great Migration, was CPL's 2013-14 One Book, One Chicago selection. Library Journal described it as an "epic and intimate scholarly portrait of the Great Migration of southern African Americans to the North" and "the first comprehensive study of that movement."

A fixture on Chicago’s literary scene, Marshall was born and raised on the South Side. Library Journal called his award-winning debut poetry collection Wild Hundreds "verbally audacious and rhythmically intense." And with his latest collection, Finna, "Marshall's poems rip language open and reassemble it as an homage to its impact and potential," according to Booklist. Marshall is an assistant professor of English at Colorado College and an editor of The BreakBeat Poets: New American Poetry in the Age of Hip-Hop.

The 21st Century Award honors significant recent achievement in writing by a Chicago-based author. In presenting this award, the Foundation hopes to encourage the creation of new works and increase public awareness of the writer's talents.

The Civic Award celebrates the leaders whose work significantly contributes to the strength and vitality of our great city. Civic leader LaPietra, a longtime producer and Emmy Award winner, was instrumental in the creation of Millennium Park; is active on the boards of several civic organizations, including the Chicago Public Library Foundation, Steppenwolf, Shedd Aquarium and Chicago Botanic Garden; and is the executive producer of Kurtis Productions. LaPietra also is an avid gardener and land conservationist, having created both a formal garden and natural prairie in the northern suburbs of Chicago that is featured in The Garden Conservancy Directory.

More About the CPL Foundation Awards

For a list of past winners, please see the Chicago Public Library Foundation Awards.