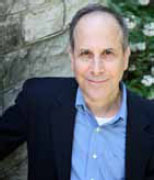 Carl Smith received his undergraduate degree from Brown University and his doctorate from Yale University. He is currently the Franklyn Bliss Snyder Professor of English and American Studies and Professor of History at Northwestern University. His previous books are Chicago and the American Literary Imagination, 1880–1920 (1984) and Urban Disorder and the Shape of Belief: The Great Chicago Fire, the Haymarket Bomb and the Model Town of Pullman (1994), which was named Best Book in North American Urban History by the Urban History Association. The Plan of Chicago: Daniel Burnham and the Remaking of the American City was awarded the 2006 Lewis Mumford Prize for Best Book in American Planning History by the Society for American City and Regional Planning History. All three books were published by the University of Chicago Press. In collaboration with Academic and Research Technologies at Northwestern and the Chicago History Museum, Smith served as author and curator of two major online exhibitions, The Great Chicago Fire and the Web of Memory and The Dramas of Haymarket. In 1994, he was named Charles Deering McCormick Professor of Teaching Excellence at Northwestern.