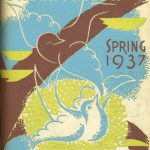 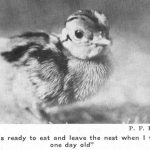 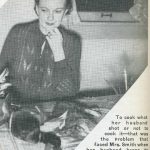 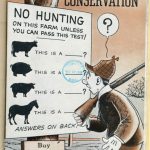 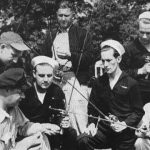 Many state agencies and departments publish, or published, their own newsletters, bulletins and other periodicals. These can be fun to browse because they include information and pictures that aren’t often available elsewhere.

The Illinois Department of Conservation’s Illinois Conservation magazine focused on hunting, fishing and the great outdoors.

The early issues in particular were more chatty and less formal than departmental publications are today. For example, the Spring 1937 issue featured an “Autobiography of a Ring-Necked Pheasant” by William H. Long. The story, as “revealed” to the author, includes a cautionary tale for farmers about the dangers of mowing machines.

It's also interesting to see how attitudes change over time.  For example, a story such as "Pity the Hunter's Wife--for hers is the job of preparing his game for the table," from the Fall 1938 issue, would probably not appear in a government magazine today.

Current events affected the magazine, too. The December 1942 issue was subtitled the “Win the War” issue and described how the department was aiding the war effort. Throughout World War II, readers were frequently urged to buy war bonds and stamps. The Department of Conservation also helped arrange recreation programs such as fishing trips for veterans recuperating from illnesses and injuries at the Great Lakes Naval Hospital.

To take a closer look at these issues and others, visit the Government Publications Department on the 5th floor of Harold Washington Library Center.