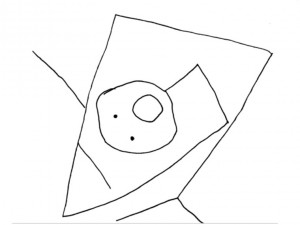 There's no better way to spend a sleepless night than by contemplating the fall of civilization. I'm not the only person who thinks like this. There are swarms of people out there cataloging the decline of things, ranging from humanity to America to whatever catches your fancy. Here are a few of my favorites from recent years.

The Great Degeneration is a short but dense work, where economist Niall Ferguson lists his overarching reasons as to why the West is stuck in a stationary mode and could very well be in decline. A growing debt will cripple future generations, regulations have grown pointlessly byzantine, the rule of law has been replaced by the rule of lawyers and citizens of the West have grown so isolated from each other they'd rather let government take care of their problems than band together on their own.

On a less abstract note, James Howard Kunstler's Too Much Magic argues strenuously that the Earth's dwindling resources simply aren't enough to maintain our lavish lifestyles. Peak oil, peak resources, peak everything, useless politicians, a wobbly financial system, an angry climate and a daydreaming populace are proving themselves too much for civilization. The infrastructure supporting our way of life will collapse, and humans will be forced to live in a contracted and fragmented world.

Or maybe we'll just get hit by a giant rock. Death from the Skies! catalogs all the ways outer space is trying to kill us, from meteors to black holes to supernovae and beyond. The author is well known for debunking bad science, so when he tells you something's wrong, you can probably trust his research.

Books like these make me feel more secure. If society happens to burst into flames anytime soon, I'll be happy to say I saw it coming.