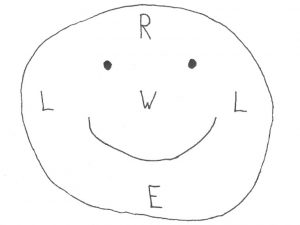 Whenever people don't like the powers-that-be, which seems to be always, they start reading 1984 again, or maybe Animal Farm for fun, but for my money, George Orwell's best work is his nonfiction, where he offers cutting, observant remarks on authors, politics, his personal life and whatever strikes his fancy.

My personal favorite is Homage to Catalonia. While attempting to cover the Spanish Civil War, Orwell found himself joining the leftists in the fight against fascism, only to wind up in an utterly confusing mess of warring partisan factions. His account makes it sound like foreign influences transformed a clumsy, provincial war into an all-out, bare-knuckles brawl, with Spaniards paying the price all the while.

The one he's better known for is Down and Out in Paris and London, which is exactly what the title makes it sound like. Although Orwell was a leftie, he was never the kind who would buy into deliberately convoluted ideologies, so in his travails among the working class, his writing is filled with a cynical appreciation of what it takes to get on in the world.

He also wrote a ton of short essays, and you can listen to a properly British-sounding man read some of them in Such, Such Were the Joys, and Other Essays. The essays include Orwell's miserable boarding school upbringing, Kipling, Dickens, Gandhi, bawdy postcards and discussions on the vagaries of the English language.

Orwell's politics and prose are remarkably precise even now, so if you're looking for something to chew on that doesn't have to do with current events, you could do far worse than George Orwell.