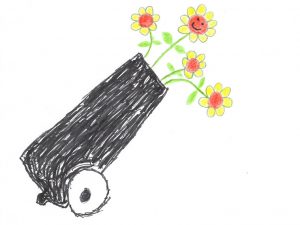 John Lennon told us to give peace a chance. He was shot. Martin Luther King, Jr. promoted nonviolent protest. He was shot, too. So was Gandhi, and I'd rather not get into what they did to Jesus. What I'm saying is that peace is hard. If, like I did, you try to find books about lasting peace, you'll fail. Your best bet is to find books about people who try and fail and try and fail and then just try again.

What do you do when you've been raised religiously non-violent, but are drafted into what most Americans would eventually call The Good War? You either go to jail or compromise. During World War II, drafted conscientious objectors from specific religious organizations, such as the Mennonites, were herded into camps to perform national service. Among a variety of tasks, they put out forest fires, worked farms and served in mental institutions. Acts of Conscience follows some of these insufferable do-gooders as they follow their hearts and crusade for reform in the nation's mental hospitals.

Thirteen Days in September tells the story of the hard-fought negotiations which led to the Camp David Accords, bringing peace between Israel and Egypt in 1978. It didn't exactly bring peace to the Middle East, it may have contributed to Jimmy Carter's electoral defeat, and it almost certainly led to the assassination of Egyptian President Anwar Sadat, but at least it kept two countries from tearing each other to pieces.

Peacerunner follows ex-Congressman Bruce Morrison as he negotiates with hard-line extremists in Northern Ireland, stopping the violence with the Good Friday Agreement after decades of war.  It's still an uneasy truce, but you take what you can get.

Peace is hard, and it never lasts, but history shows it is always worth the effort.