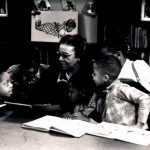 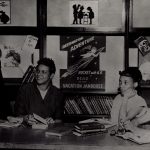 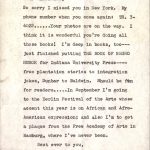 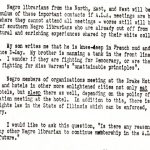 "The standards for selecting books about Negroes for young people are the same as those for selecting any book: it should have literary merit and interest because of lively moving action or interest in the people and backgrounds. The characters should have the reality of life… You should ask yourselves the following questions:

Born in Holly Springs, Miss., Rollins was the daughter of a school teacher and a farmer. She got her talent for storytelling from her mother, Birdie Tucker Hill, whose memoirs of her early life are part of the Charlemae Hill Rollins Papers housed at the Harsh Research Collection at Carter G. Woodson Regional Library. Rollins grew up and worked in the Oklahoma territory until she and her husband, Joseph Rollins, migrated to Chicago in 1919. 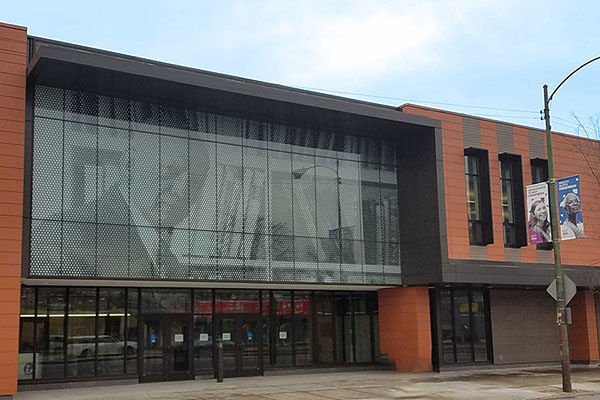 Rollins began her career at Chicago Public Library in 1926 as a junior library assistant at Hardin Square Branch. She spent several years there and decided to stay in the library profession. CPL paid for her further education, and she attended summer sessions at Columbia University School of Library Science (1932) and the University of Chicago (1934-1936).

Rollins became the first children’s librarian at George Cleveland Hall Branch, which had its opening celebration in 1932. She spent the next 31 years at Hall, located at 48th Street and Michigan Avenue. It was the first full-service library started for the diverse and growing Black population on the South Side.

Throughout the 1930s, Rollins performed the ordinary duties of a librarian and worked tirelessly on behalf of Black children. A gifted storyteller who could mesmerize children with tales of Black history and literature, Rollins clipped newspaper and magazine articles that highlighted the contributions of African Americans; she did book reviews and book selections; and ran workshops for parents.

From her earliest days, Rollins fought against racism by fighting for the removal of such books as Little Black Sambo and the Pickaninny Twins by Lucy Perkins. During the Great Depression, she worked alongside librarian Vivian G. Harsh and the writers of the Illinois Writers Project and developed lifelong friendships with writers Langston Hughes and Gwendolyn Brooks.

Not only did Rollins fight to remove negative books from library shelves, she also wrote books that highlighted the contributions of African Americans. Upon the advice of an editor, she wrote Black Troubledour: Langston Hughes. This biography won the second Coretta Scott King Book Award against such prestigious books as Maya Angelou's I Know Why the Caged Bird Sings.

In 1963, Brooks paid tribute to Rollins' activism by writing a poem for her retirement: