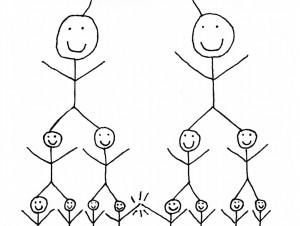 What would it take to build a dynasty? To gather together ambitious relatives, pump out ambitious children and use your collective skill to own a good chunk of the world? You'd figure these people would just wind up killing each other in the end, but some can make it work. I don't quite have the same drive myself, but I can still marvel while reading books about these fascinating, blood-borne collectives.

Democracies have proven surprisingly apt at producing dynasties of their own. The Fitzgeralds and the Kennedys tells the story of the rise of two immigrant families who joined forces to produce some of the most ambitious, influential politicians this country has ever seen. Beginning in the 19th century and ending with JFK's rise to the presidency, the book is an epic tale of American power.

Bankers can do it, too. The House of Rothschild started in the 18th century, became fantastically wealthy by the 19th century and to this day is wealthy enough to inspire a variety of conspiracy theories. The truth, on the other hand, is incredibly complicated and impressive.

It's amazing what you can do with a loyal family. Maybe I should be nicer to that cousin who won't stop staring at me.