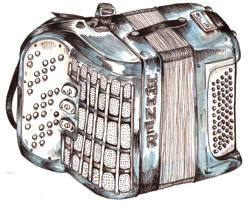 Chicago Public Library thanks Facing History and Ourselves staff for their valuable suggestions on dates and facts included in this timeline.