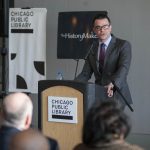 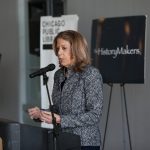 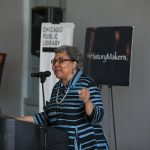 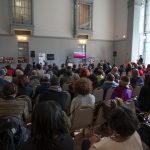 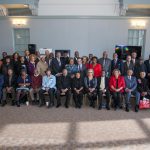 Chicago Public Library is the first public library to offer patrons unlimited access to the extensive HistoryMakers video database of interviews with more than 1,700 African Americans. By the end of 2017, the collection is slated to house 2,700 interviews of primary source material. Full remote access to the entire HistoryMakers database through the CPL website (with a library card) is slated to start this spring.

“There isn’t a better way to kickoff African American History Month than providing Chicagoans access to the experiences of African American heroes through The HistoryMakers digital archive,” said Deputy Mayor Zopp. “This is an innovative partnership that makes firsthand accounts and untold stories available to the public for the first time. I’m honored to be included in this historic archive alongside so many influencers and unsung heroes. I encourage every resident to view the oral history of their favorite author, artist or newfound hero.”

“The hallmark of public libraries is the availability of resources to everyone. HistoryMakers is such a valuable resource, that in its entirety has only previously been available to students or researchers,” said Brian Bannon. “We are thrilled to make these digital archives available to the public so Chicagoans can use this rich resource through CPL.”

“I want to applaud Chicago Public Library Commissioner Brian Bannon, and the City of Chicago, for making this significant contribution to the citizens of Chicago,” said Richardson. “This is the same Digital Archive that has been licensed by 18 of the country’s top-tier universities—including the University of Chicago and Northwestern University. It is thanks to the vision and foresight of Brian Bannon that The HistoryMakers Digital Archive is now available to Chicago Public Library patrons.”

The HistoryMakers is only the latest addition to CPL’s rich collection of African American history and bibliographic records. The accomplishments and experiences of some of the region’s most influential African Americans are preserved and presented via:

Anyone with internet access can visit the archives at www.thehistorymakers.com and read more 2,000 HistoryMaker biographies. Over a 17 year period, 500 of those interviewed for The HistoryMakers Collection came out of Chicago, including President Barack Obama, while he was still an Illinois State Senator; CPL board member and early education expert Barbara Bowman; and CPL board president and Johnson Publishing Chairman and CEO Linda Johnson Rice.

The HistoryMakers, a 501 (c) (3) national non-profit organization headquartered in Chicago, Illinois, is dedicated to recording and preserving the personal histories of well-known and unsung African Americans. It is the largest video oral history archive of its kind, and the only massive attempt, since the WPA Slave Narratives of the 1930’s, to record the African American experience in the first voice. In 2014, The HistoryMakers Collection became a permanent part of the Library of Congress. To date, the organization has interviewed over 2,700 HistoryMakers, with the goal of creating an archive of 5,000 interviews (30,000 hours) for the establishment of a one-of-a-kind digital archive. The HistoryMakers Digital Archive–which makes the entire collection accessible and searchable online–has users in 51 countries across the globe from Afghanistan to Norway, Nigeria and China. For more information, visit The HistoryMakers website at www.thehistorymakers.com and The HistoryMakers Education page at http://www.thehistorymakers.com/education.

Since 1873, Chicago Public Library (CPL) has encouraged lifelong learning by welcoming all people and offering equal access to information, entertainment and knowledge through innovative services and programs, as well as cutting-edge technology. Through its 80 locations, the Library provides free access to a rich collection of materials, both physical and digital, and presents the highest quality author discussions, exhibits and programs for children, teens and adults. CPL received the Social Innovator Award from Chicago Innovation Awards; won a National Medal for Library Services from the Institute for Museum and Library Services; was named the first-ever winner of the National Summer Learning Association’s Founder’s Award in recognition of its Summer Learning Challenge; and was ranked number one in the U.S., and third in the world, by an international study of major urban libraries conducted by the Heinrich Heine University Dusseldorf in Germany. For more information visit www.chipublib.org.