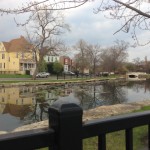 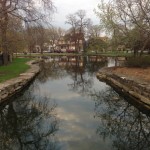 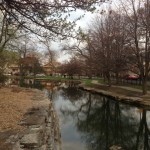 Winneconna_3View of the meandering lagoons. Source: Chicago in 4D 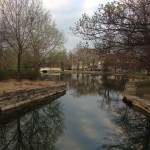 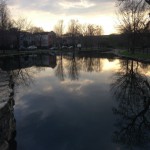 Winneconna_2View of the Auburn Park Lagoons. Source: Chicago in 4D 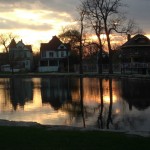 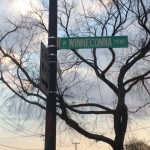 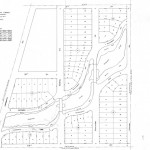 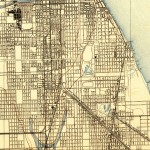 ChicagoTopo1891In 1891, Lake Township had a great deal of swampland, including a “U” shaped lake that extended as far north as 68th Street and as far west as Sangamon Street. Source: USGS map, 1891 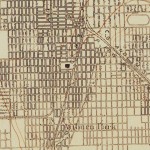 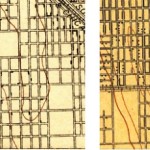 No need to move to Italy or California to live on a Venetian canal. You can live on Chicago’s own Winneconna Parkway. The houses surrounding Auburn Park overlook the lagoon and its beautiful stone bridges.

...possibly derived from Ween-kan-ing, Algonquin for "place where marrow is obtained,” according to one authority, in giving source name of Winneconne, Wisconsin. Possibly also derived from Winnakenozzo, for the Miniconjou band of the Sioux. The city file says the word means “dirty place” but gives no sources.

according to the March-April 1955 Chicago Schools Journal.

The lagoons were shown on the original 1887 subdivision of Auburn Park. The Chicago Park District says the area had been swampy. Real estate developers wanted to entice residents. Who wouldn’t want a two-story Victorian home overlooking winding lagoons? Lakefront properties may have been out of the reach of the families that Auburn Park wanted to attract, so why not bring the water to the property?

The lagoons and park originally were private, owned by the Auburn Park Association. However, private parks went out of fashion and the task of managing the bridges, the landscaping and the lagoons may have become burdensome, so by 1913 Auburn Park was ceded to the Chicago Park District.

Auburn Park itself is a bit of a misnomer. Near the Auburn Park station of the Illinois Central Railroad, just north of 79th Street, the lagoons and Winneconna Parkway are in the Greater Grand Crossing Community Area.

Chicago's Crabgrass Communities discusses the history of the post offices in the area:

There is considerable uncertainty about the history of the communities of the Township of Lake lying south of Englewood. The names, locations and period of existence of some vary, depending upon which local historian is consulted. All are agreed about the geography of the area. Much of the district was prairie and swampland.

A.T. Andreas' History of Cook County also discusses the early history of Lake Township, including what is now Auburn Park.