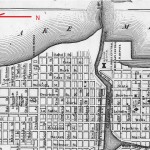 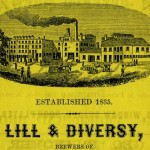 Lill and Diversy 1859Portion of an ad for Lill and Diversy’s Brewery from the 1859 Chicago Business Directory. In 1859 they were at Pine (now Michigan) and Chicago Avenues. 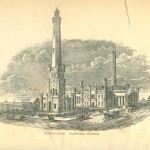 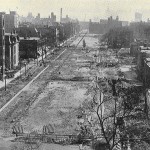 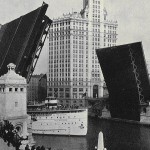 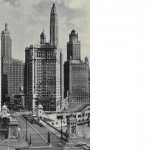 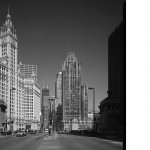 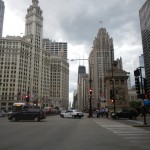 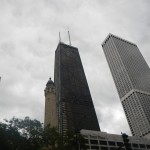 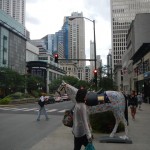 Now often called the “Magnificent Mile,” this portion was originally named Pine Street. It ran along Lake Michigan and thus became the site of both the Chicago Water Works and Chicago’s largest brewery. It was also the site of Fort Dearborn, from which modern Chicago sprang.

Pine Street was renamed Michigan Avenue in 1917 in anticipation of the 1920 opening of the Michigan Avenue Bridge. The bridge, a double-decker Chicago Bascule style bridge, handled far more traffic and was farther east than the Rush Street swing bridge it replaced.

Commercial and other retail development promptly followed. Landmark buildings such as the Tribune Tower, Wrigley Building and Palmolive Building were all completed in the 1920s. Late in the 20th century, another series of huge skyscrapers was built, including the John Hancock Tower, Water Tower Place and 900 North Michigan.

The architecture, shopping, the historic Water Tower, the proximity to the Chicago River and the street’s namesake Lake Michigan all combine to make North Michigan Avenue a world-class stroll for visitors to Chicago.