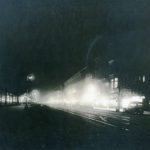 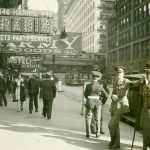 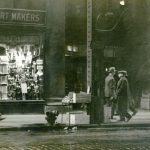 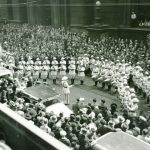 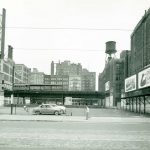 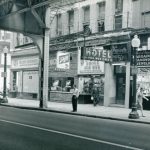 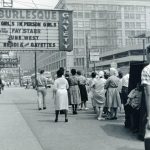 It's hard work to keep State Street "that great street," as the lyrics to Frank Sinatra's "Chicago" go. Before Sinatra's 1956 hit song, Chicago's South Loop was dark at night, colorful by day, and its southern edges vexed the best intentions of developers, urban planners and local organizations.

As the Harold Washington Library Center celebrates 25 years as a community anchor in Chicago's South Loop, archival photographs shared here from the Special Collections and Preservation Division offer a glimpse of the street through the years.

The addition of modern street lights in 1926 was a positive step, but other problems lingered. The State Street Council's Annual Report for 1933 continued to call for the removal of "hawkers, beggars and other undesirable characters of like nature."

Four years later, the Council still looked ahead to a time when all sidewalks in the area will "be made of equal height at curbs and crossings" and to "the rehabilitation of 22 square miles of 'blighted areas' just beyond the central business district."

Over the 20th century, the South Loop went from cut-rate dentists to pawnshops, surplus stores, burlesque houses and hotels for men only to parking lots and dingy buildings.

Yet, the 400 block of South State Street was precisely the location that Mayor Harold Washington had in mind for the new central library building in 1987. The library, the DePaul Center and other efforts began the area's turnaround. Now, the South Loop is a vibrant business and residential neighborhood.