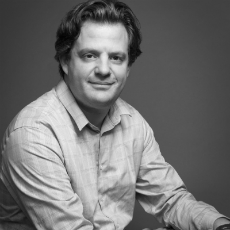 Throughout the 2017-2018 One Book, One Chicago season, we've been exploring the theme "Music: The Beat of Our City" through the book I'll Take You There by Greg Kot.

As we end this season of musical exploration, we are pleased to share a guest blog from one of our presenters, urbanologist Max Grinnell. You may have seen one of Max's history lectures, or been on one of our music-themed walking tours he has led this year. Today, Max shares his memories of the beginning of his love of Chicago music.

It was then I stepped into Joe Segal’s Jazz Showcase, located immediately off the lobby inside the Blackstone Hotel at the corner of Balbo and Michigan in the South Loop.

The next day I would start my education at the University of Chicago as a first year in the College. One could not enter the dormitory (in my case, a former grand hotel-turned-abode-for-precocious-juveniles) until September 25, which necessitated an overnight stay.

So here I was, sweating profusely with my two dirt brown valises, as a bellhop handed me what appeared to be a churchkey, all while heaving my worldly possessions onto a luggage cart while saying “Oooh, you’re new to town, huh?”

There was no denying it, and I replied with “Yup, starting college tomorrow. Excited, I guess. Hungry, too”

“I’m Dave, you’re at the Blackstone Hotel and I go to DePaul. I’m from Western Springs”

Three proper nouns I could parse out, but what was a ‘Western Springs’?

The name sounded like a type of resort for people under the grip of consumption or perhaps a mountain resort way out west in the undulating hills near Galena.

Scratch that last speculation. I didn’t know Galena from Coal City when I was eighteen.

I nodded to show I and he said “Well, you should clean up and get downstairs to the Showcase. $10 for students. I think tonight there’s a pianist. Maybe a trio with a pianist. Or could just be a pianist. Not sure.”

This fellow collegian’s casual attitude towards musical ensembles irked me a great deal. As a recent graduate of the James A. Garfield High School Orchestra and occasional ensemble member of Seattle’s least-known jazz quartet (The Mustard Seeds, if you must know), I took umbrage at the way an ensemble could just be assembled through any-old-instruments-that-are-just-lying-around-in-the-back-take-a-few-out-this-reed-works-mouthpiece-on-okay-go.

After depositing my bags and ironing my only pair of dress pants, I made my way back to the lobby. All of the action centered around a dark opening at the far corner. In front, a sign read “Tonight at the Jazz Showcase: MCCOY TYNER FOR THREE NIGHTS”.

I spent a moment questioning their typographic decisions, then wondered “How much does it cost?”

As a young person on a budget, it was an important consideration. My mind flashed back to my father’s feats of word-play and occasional outright chicanery that gained my family admittance to Seattle’s Demitriou’s Jazz Alley numerous times to see Lionel Hampton, Maynard Ferguson, Dizzy Gillespie, and other jazz luminaries.

Approaching the entrance, I started to clear my throat, asking the gent positioned near the entrance “How mu-

“10 dollars for students tonight”, he replied.

I fumbled through my pants pocket, fingers moving over a moldering corsage from my prom, and then over to what felt like a bill, yes that’s it, pull it out, hand it to him and see if-

I took the 10 from him and made for the bar, where I sat though three entire sets, not once getting up from my seat. After all, maybe there was a reseating fee? Or perhaps I was in a reserved seat already?

These things passed through my mind as McCoy Tyner and his ensemble made their way through a range of standards. I remembered a few nods to his time with John Coltrane in the second set. Other than that, I just remembered feeling like I was a bit more of an adult after the entire experience.

Here I was sitting in a grand space, surrounded by people who also enjoyed jazz, while surrounded by luxurious trappings, all while other people were out enjoying their own Chicago nightlife experience in all directions.

I knew Chicago and its musical landscape had much to teach me.

And the Jazz Showcase? It’s still around, just a few blocks away inside the former Dearborn Station.

I can still visit its former location inside the Blackstone Hotel, but the aural texture inside has changed quite a bit.

That space is now a men’s and women’s bathroom.