Explore a Season for Change with us as we read The Sixth Extinction in 2019-20.
OBOC Home OBOC Home
Jan 2020 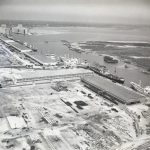 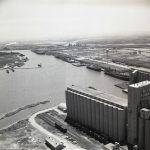 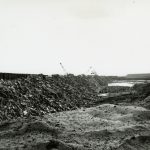 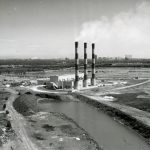 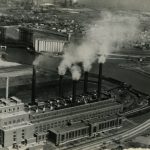 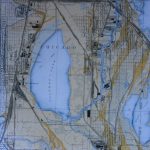 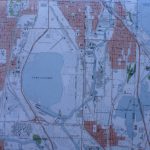 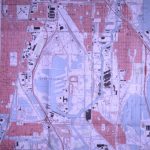 Lake Calumet Region in 1997The footprint of the lake has been severely diminished, as it was carved up into slips for shipping. Source: Open Space Section Records, Photographs Series, Box 6, Binder 7, Special Collections, Chicago Public Library 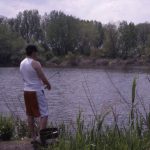 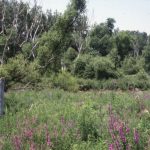 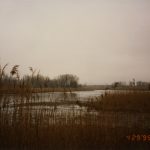 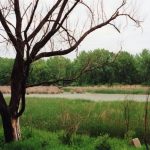 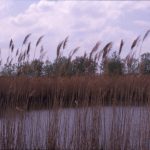 This year's One Book, One Chicago selection, The Sixth Extinction by Elizabeth Kolbert, really blew me away. For the first time, I encountered the idea that millions of years in the future all that will remain of our human world is an archaeological stratum for some potential, post-human species to excavate. And that's regardless of whether we can reverse the effects of climate change. For me as an archivist, whose job it is to preserve the historical record for posterity, this concept was especially humbling and despairing.

How to pick myself back up from this important, but challenging, read? I choose to find hope in people striving to leave a more positive archaeological record by working to right past environmental wrongs. The images at the top of this post explore a fascinating example here in Chicago.

Before European settlers came to Chicago's Southeast Side, the region was host to beautiful wetlands rich in biodiversity. But the natural water features of the area—Lake Calumet and the Calumet River system—made the location appealing to industry. Beginning in the 1880s, officials dredged river channels and dug new canals to drain the marshy area for development and to further connect Lake Michigan to internal waterways. Industrialist George Pullman established the town of Pullman on the western shore of Lake Calumet, and manufacturing, fuel refinery and waste management all came to the Calumet region. The area quickly became a center of steel production for the world. Pollution and environmental degradation followed.

In the 1970s, as American manufacturing declined, many of the factories in the area closed. Local residents began advocating for environmental restoration and the closure of landfills. Over the past few decades, city officials have been working to convert parts of the Southeast Side back to the wildlife-rich wetlands they were before industry and commerce transformed the land. The result is an odd hybrid of abandoned, post-industrial landscape and peaceful marshes home to some of the richest biodiversity in the state.

I knew about these projects, but I hadn't seen them in person. So on New Year's Day, I drove south from my Hyde Park home to 87th Street and turned left. It wasn't completely clear that I was allowed to drive down this road, but at the end I found Steelworkers Park, 16.5 acres of open space on the shore of Lake Michigan. Aside from the beauty of the setting, the most striking features of the park were immense, 30-foot walls, stretching west from the lake for 2,000 feet. Originally part of U.S. Steel's South Works, these walls lined the slips where barges would bring ore from the Minnesota Iron Range down the Great Lakes to Chicago. These massive, constructed canyons stored the ore used to make steel.

These industrial remains are a testament to human ingenuity, and perhaps a reminder to find more environmentally friendly methods in the future. On that gray, winter day, the abandoned ore walls felt bleakly post-apocalyptic, but then I noticed flashes of color spotting the lake end of one wall. The Chicago Park District has turned a portion into a climbing wall. This delightful reuse juxtaposes the industrial and the recreational, the past and the future, in ways that feel right.

I drove farther south and a little west to Lake Calumet. In the 1950s, officials carved this naturally occurring body of water into a harbor and began dumping waste into its northern portion. With the decline of manufacturing and local residents' demands for environmental preservation, much land has been reclaimed and turned into open spaces. Big Marsh, Indian Ridge Marsh and Hegewisch Marsh are among the developing natural areas available for exploration. Just as with Steelworkers Park, though, the region's industrial past is constantly present. I stopped my car to wait for a passing freight train, its tracks stretching off into the distance, north and south. But surrounding me on my left and right were sections of Indian Ridge Marsh, with tall prairie grasses and gleaming waters.

Want to learn more about this area and its renewal? Check out CPL's Special Collections and Preservation Division at Harold Washington Library Center. You can explore the inspiring story of the Southeast Side's transformation from industry to parkland in the Open Space Section Records. You can find more background on the area in the Calumet Region Community Collection, the Historic Pullman Collection and the South Chicago Newspapers Collection. The Chicago Park District collections and the Department of Urban Renewal Records also contribute to the story.

What motivates you after the revelations of The Sixth Extinction? Let us know in the comments.