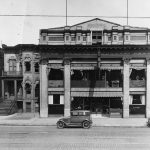 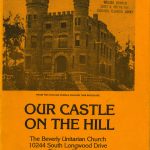 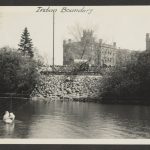 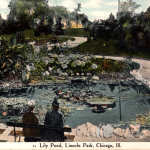 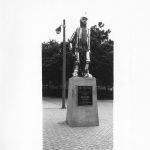 When people think of Chicago landmarks, they often think of Willis Tower, Millennium Park and Navy Pier. But what about landmarks in the neighborhoods? This summer, I’ve been exploring ways to have socially distanced fun with the family. Taking short road trips through the neighborhoods has led me to some historical gems.

Bronzeville has not one but 10 Chicago landmarks, making up the Black Metropolis District. One of my favorite landmarks is the Chicago Defender Building at 3435 S. Indiana Avenue. Designed by Henry L. Newhouse, it was originally a Jewish synagogue that held the famous Black press from 1920 to 1960. Another favorite is the Chicago Bee Building at 3647 S. State Street. This art deco style structure formerly housed Anthony Overton’s Chicago Bee newspaper, which first coined the neighborhood’s name as “Bronzeville.” Today it's home to the Chicago Bee Branch of Chicago Public Library. Learn more about the South Side architecture in Lee Bey's book Southern Exposure.

The Givins Castle in Beverly is Chicago’s only castle. According to local author Errol Magidson, who has done extensive research on the subject, real estate developer Robert C. Givins supposedly sketched an ivy-covered castle using inspiration from his Irish heritage, and that later became the inspiration for Givins Castle. The building, finished in 1887, is at 103rd Street and Longwood Drive. While you’re in the Longwood Drive Historic District, keep your eye out for one of the many Prairie-style homes, including some buildings designed by Frank Lloyd Wright himself.

While Chicago is well-known for its murals, I settled on highlighting murals in Little Village. Many murals are found painted on the sides of businesses, schools and houses along West 26th Street or on the side streets. The murals often reflect iconography specific to Mexican heritage. Some of the notable murals include Jeff Zimmerman’s “Un Milagro” at 3043 W. 26th Street and Sentrock’s “Las Flores de las Almas Muertas,” created with Yollocalli Arts Reach at W. 28th Street and South Ridgeway Avenue.

One of my favorite parks is West Ridge’s Indian Boundary Park at 2500 W. Lunt Street. The park includes a historical Tudor-style fieldhouse designed by architect Clarence Hatzfeld, who designed many fieldhouses on the Northwest Side. It also had a small zoo, which closed in 2013. Across the backdrop of the park is the Park Castle Condominiums, often a popular destination on Open House Chicago tours because this building has many turrets and towers. We have even more information on Chicago parks in our archival collections.

Lincoln Park is a very busy place to be, especially in the summer. In a quiet corner off Fullerton Avenue, you might stumble upon the Alfred Caldwell Lily Pool. It was designed by Caldwell in 1936 using the old Victorian-style lily pond to make the now Prairie-style lily pool. While in the Lincoln Park neighborhood, you can peep Oz Park at West Webster Avenue and North Lincoln Avenue. The park pays homage to Chicago native L. Frank Baum's wonderful cast of characters with sculptures of the Tin Man, the Scarecrow, the Cowardly Lion and Dorothy.