Sulzer Regional Library hosts the exhibit Portrait of a Soldier for Memorial Day. Former Gov. Pat Quinn formally opens the exhibit in an event at 1:30 p.m. Thursday, May 23. The exhibit runs through May 28. 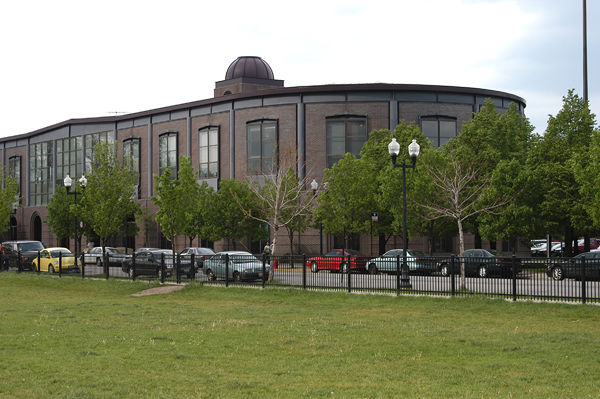 Portrait of a Soldier is a unique memorial honoring Illinois soldiers who have been killed in the line of duty since September 11, 2001. The memorial comprises graphite portraits drawn by artist Cameron Schilling of Mattoon, Ill. The project began when Schilling drew a portrait of Mattoon resident U.S. Army Spc. Charles Neely after Neely lost his life in Iraq.

Schilling, then a student at Eastern Illinois University, committed himself to drawing a portrait of every Illinois service member killed in the global war on terror. Each portrait is carefully done in Schilling’s evocative style.

This a mobile wall with portraits of nearly 300 Illinois service members who died in Iraq and Afghanistan is a powerful reminder of the sacrifice of these young men and women.

As lieutenant governor and then as governor, Quinn took the memorial to numerous venues across the state for the people of Illinois to remember—and never forget—true American heroes.

Since leaving the Governor’s Office, Quinn has continued his efforts to ensure we never forget the brave men and women of Illinois and their sacrifice for their country.

Portrait of a Soldier booklist: Librarians at Sulzer recommend books about soldiers' experiences since 9/11.