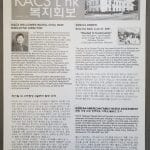 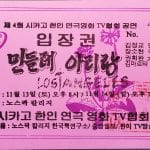 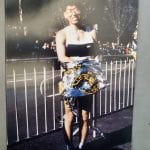 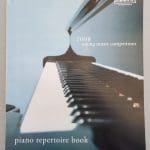 The Korean American Archives project is currently scheduled to accept donations from the public through December 31. Donation days are scheduled for November 16 and December 10 at Sulzer Regional Library, and additional donation days may be added. At this time, all donations must be made by appointment.

After December 31, CPL archivists will begin processing the material collected, so they can be accessible via the library's archival collections.

One donation included tickets, posters, programs and photographs from the Chicago Korean Association of Drama, Film & TV, which was founded in 1986 to bring Korean language performances to Korean Americans in Chicago. Another included photographs of workshops and performances of Kouksundo, a traditional Korean mind-body practice, a newsletter and other material from Korean American Community Services and family photographs.

There was also a donation of booklets, programs and other material from the Sejong Cultural Society, founded in 2004 to promote Korean culture in the United States through music, writing and creative arts programs and competitions. Finally, one donation included meaningful family photographs and news clippings from a local Korean language newspaper.

To schedule an appointment to donate to the project or learn more, email northsidehistory@chipublib.org or call 312-742-4455.