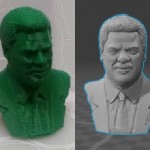 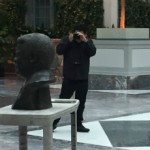 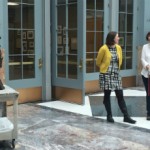 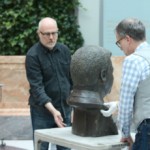 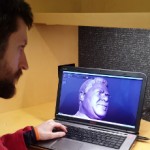 In honor of the Harold Washington Summit this Monday, May 9, we created a 3D scan of the late mayor in the Maker Lab.

How We Made It

Using photographs, 3D scanning technology and free CAD software, the Maker Lab team created a copy of the bust of Harold Washington that’s proudly displayed in the State Street Corridor of Harold Washington Library Center. The original artwork was created by sculptor Abelardo Ghoulam in 1988 out of a substance called marbeline and later cast in bronze.

To create the 3D model, we started by taking high-quality photos of the original sculpture using a Canon DSLR camera and did a 3D scan with an Xbox Kinect. Then we used 123D Catch, Blender and Sculptris (all free software programs) to compile the images and incorporate as much detail as possible from the original. Finally, we printed it out using our Makerbot Replicator 2 3D printer.

If you'd like to create a tiny Mayor Washington (or use our model in another art piece), you can download the Harold Washington Bust from Thingiverse. Once you’re ready to print, join us in the Maker Lab during Open Shop to make your mini-mayor!

Thanks to the team who made it happen—John Christensen, Emily Faulkner, Jorge Garcia, Glenn Humphreys, Tommy Stanton and Morag Walsh!