Explore a Season for Change with us as we read The Sixth Extinction in 2019-20.
OBOC Home OBOC Home 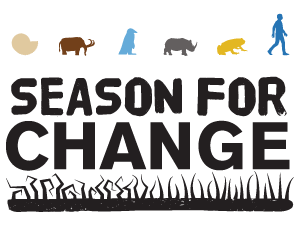 Chicago Public Library (CPL) today announced that The Sixth Extinction by Elizabeth Kolbert will be this year’s One Book, One Chicago selection.

One Book, One Chicago is a citywide program that, since 2001, has brought communities together around a central theme through diverse programming, events and more. From October 2019 through February 2020, One Book, One Chicago will explore a central theme—“Season For Change.” This theme will encourage Chicagoans to dive deep into issues surrounding our climate and environment both in Chicago and beyond.

“In neighborhoods and communities across our city, One Book, One Chicago brings together Chicagoans of all ages to read and engage over some of our greatest works and topics, and I can think of no better selection than Elizabeth Kolbert’s outstanding account of the monumental consequences that unchecked human behavior is having on our planet,” said Mayor Lori Lightfoot. “Climate change is not only a fact, it is among the most urgent and dire global crises we face. Through studying this important subject, we will not only help educate our young readers of this reality, but also inspire them to do something about it.”

The Sixth Extinction recounts the stories of five mass extinctions throughout the history of the earth and reports on the predicted sixth extinction event, this time caused by humanity’s impact on the earth and climate. Elizabeth Kolbert tells us why and how human beings have altered life on the planet in a way no species has before. Interweaving research in half a dozen disciplines, descriptions of the fascinating species that have already been lost, and the history of extinction as a concept, Kolbert provides a moving and comprehensive account of the disappearances occurring before our very eyes. One Book, One Chicago will dive into how Chicagoans can engage in climate action and learn more about The Sixth Extinction and other fact-based environmental topics.

Joining with more than 20 community partners, CPL will offer Chicagoans a variety of events and programs, including walking tours, hands-on workshops, discussions and more, to bring people, businesses and civic agencies together to engage with the book and theme. Free citywide programs will launch in early October. DePaul University, a longtime One Book, One Chicago partner, will also host coordinated programming over the course of the season in conjunction with their ongoing research into the effects of citywide reading programs. One Book, One Chicago is made possible by generous support from the Chicago Public Library Foundation.

“We chose ‘Season For Change’ as this year’s theme to emphasize the importance of awareness and action in addressing widespread problems around climate,” said CPL Commissioner Andrea Telli. “We are proud to spend our One Book, One Chicago season focusing on such an important issue and giving tangible and relevant programming to help Chicagoans understand what steps they can take to ensure a cleaner, more sustainable future.”

Highlights of this year’s One Book, One Chicago program include:

“I'm so pleased that The Sixth Extinction has been selected for the One Book, One Chicago program,” said author Elizabeth Kolbert. “I hope readers will come away with a sense of how what's happening right now will impact life on this planet for all intents and purposes forever.”

The Sixth Extinction won the 2015 Pulitzer Prize in General Nonfiction, was a finalist for the National Book Critics Circle awards for the best books of 2014 and won the Los Angeles Times Book Prize, among many other awards.

For a complete list of programs and to learn ways you can engage with other readers, visit onebookonechicago.org.

Since 1873, Chicago Public Library (CPL) has encouraged lifelong learning by welcoming all people and offering equal access to information, entertainment and knowledge through innovative services and programs, as well as cutting-edge technology. Through its 80 locations, the Library provides free access to a rich collection of materials, both physical and digital, and presents the highest quality author discussions, exhibits and programs for children, teens and adults. CPL received the Social Innovator Award from Chicago Innovation Awards; won a National Medal for Library Services from the Institute for Museum and Library Services; was named the first ever winner of the National Summer Learning Association’s Founder’s Award in recognition of its Summer Learning Challenge; and was ranked number one in the U.S., and third in the world by an international study of major urban libraries conducted by the Heinrich Heine University Dusseldorf in Germany. For more information, please call (312) 747-4050 or visit chipublib.org. To follow CPL on social media, visit us on Twitter (@chipublib) or Facebook (Chicago Public Library).

About the Chicago Public Library Foundation

The Chicago Public Library Foundation was founded in 1986 as a true public/private partnership with the City of Chicago to ensure the margin of excellence for Chicago’s outstanding Library. Through the support of many civic-minded individuals, corporations and foundations, the Foundation provides on-going funding for collections and a range of community-responsive programs, including Teacher in the Library, CyberNavigators, YOUmedia and One Book, One Chicago. Over the past 30 years, the Foundation has raised $85 million in support for the Chicago Public Library. For more information, visit cplfoundation.org or call (312) 201-9830.