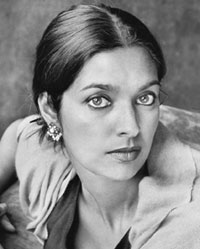 “I salute the city of Chicago for promoting and celebrating the act of reading and the importance of literature on such a grand, civic scale. In a world where so many senseless and destructive events are constantly taking place, it is especially consoling, and commendable.”

Pulitzer Prize-winning author Jhumpa Lahiri is celebrated for her depiction of immigrant and Indian-American life, yet her poignant stories also capture universal themes of longing, loneliness and barriers of communication. She was born in London in 1967 and raised in Rhode Island. Her Bengali parents, a teacher and a librarian, took their family on regular trips to Calcutta, India to visit extended family. Lahiri completed her B.A. at Barnard College, and from Boston University she earned M.A. degrees in English, Creative Writing, and Comparative Literature and the Arts, as well as a Ph.D. in Renaissance Studies.

Lahiri’s debut collection of short stories, Interpreter of Maladies, was published in 1999 to critical acclaim. Several of these stories had previously appeared in the New Yorker, and she was the recipient of an O. Henry Award for the title story. Lahiri’s characters are often immigrants from India or children of immigrants who deal with issues of cultural displacement, marital troubles and issues of identity. While many of these stories are set in the United States, Lahiri’s time in Calcutta is evident in her occasional use of Indian locales.

The Washington Post praised Interpreter of Maladies as “accomplished, insightful and deeply American,” and The Village Voice wrote that Lahiri’s debut collection “speaks to anyone who has ever felt like a foreigner—at home or abroad.” Lahiri has traced her own feelings of cultural displacement to childhood: “When I was growing up…I felt neither Indian nor American. Like many immigrant offspring I felt intense pressure to be two things, loyal to the old world and fluent in the new, approved of on either side of the hyphen.” In addition to her own sense of disorientation, Lahiri has also described a palpable sense of loss inherited from her immigrant parents and their circle of Indian-American friends. She explains that her writing derives from a “desire to force the two worlds I occupied to mingle on the page.”

In their 1999 summer fiction issue, the New Yorker reprinted “The Third and Final Continent” and named Jhumpa Lahiri one of “the 20 best young fiction writers today.” In 2000, she was awarded the Pulitzer Prize for Fiction, becoming the first person of South Asian origin to win an individual prize. Interpreter of Maladies has since been translated into 29 languages and been a bestseller in both the United States and abroad.

The New York Times Book Review has compared Lahiri’s achievement to Twinkle’s, the feisty protagonist of “This Blessed House.” Like Twinkle, Lahiri “breathes unpredictable life into the page, and the reader finishes each story reseduced, wishing he could spend a whole novel with its characters…To use the word Sanjeev eventually applies to Twinkle, Lahiri is wow.”

The Namesake, Lahiri’s first novel, was published in 2003. She was again praised for her deft portrayal of the immigrant experience and her characters again deal with complex issues of cultural and generational gaps. Gogol Ganguli, the novel’s main character, is a young man negotiating the divide between his parents’ traditional Indian roots and his own American identity. The Namesake appeared on the New York Times bestseller list for several weeks, and a film version directed by Mira Nair was released in March 2007.

Lahiri has taught creative writing at Boston University and the Rhode Island School of Design. Additional honors include a PEN/Hemingway Award for Interpreter of Maladies, the American Academy of Arts & Letters Addison M. Metcalf Award and a Guggenheim Fellowship in 2002. She has been a fellow at the Fine Arts Work Center in Provincetown and now lives in New York City with her husband, Guatemalan-American journalist Alberto Vourvoulias, and their two children.