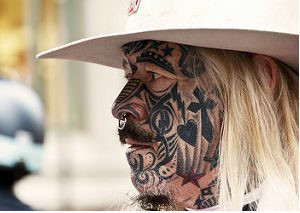 Charlaine Harris has an almost preternatural ability to build a cosmos, and she's done it again with her latest book, the start of a new series: An Easy Death. Set in an alternate reality where FDR was assassinated and the Romanovs escaped the Bolsheviks, this rip-roaring western is full of violence and magic. Lizbeth Rose is young, but she's already a "gunnie," a pistolero who will guard traveling people and cargo for a price. She's hired by two Russian wizards headed for Ciudad Juárez to find a person with very special, magical blood. Lizbeth doesn't like wizards, though she has some ability herself, and with good reason. Still, a job is a job and Lizbeth does her best to ensure the safety of the prickly pair, who seem to have half the Holy Russian Empire looking for them, with ill intent. If you like westerns, fantasy, and/or Charlaine Harris, this is definitely a title to pick up. If, once finishing Harris' book, you're hungry for more of the weird west, I have some recent series for you.

Nettie Lonesome, later known as Rhett, is the unwilling hero of Lila Bowen's Shadow novels. Not your garden-variety western protagonist, she sees beings others cannot and is two-natured, which means, among other things, that she can change into a bird at will. Finding her calling, Rhett becomes a Ranger, and works to protect supernatural critters, many out of Indigenous myth. Both gritty and thoughtful, there's good world-building going on here.

Darker and more creepy are The Devil's West novels by Laura Anne Gilman. Isobel is a native of The Territory, a vast swath of North America under the control of a powerful supernatural being most call the Devil. Becoming his Left Hand, Isobel travels the area with her mentor Gabriel and meets out justice. While not as fast-paced as the previous books mentioned, there is contemplation of the nature of good and evil in these descriptive, atmospheric tales.

R.S. Belcher writes the Golgotha series, named for the peculiar town that wishes it was only famous for its silver mine. Undead sheriff Jon Highfather and his half-coyote deputy have their hands full keeping the peace among the various inhabitants and the odd (and often malevolent) strangers that come to town are usually no help. Another thought-provoking read, this one with a touch of steampunk and Mormon cosmology, explores morality, and not just when an angel and Satan roll into town to debate the plan of the Almighty.

The Wildlands novels are written by Laura Bickle feature an alchemist's daughter, Petra Dee. Along with her coyote companion Sig and her formerly immortal partner Gabe, Petra keeps things in her corner of modern-day Wyoming from getting too unnaturally chaotic. There is a respectful mix of Native American myth, alchemy and hard science (Petra has a day job as a geologist) in these page-turners.

Have more tales of the weird and wild west? Tell us about them in the comments.