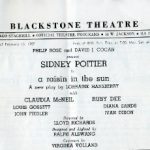 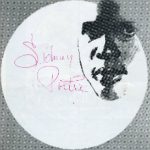 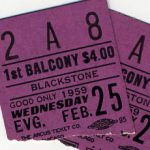 In 1959, Lorraine Hansberry’s play set in Chicago, A Raisin in the Sun, opened at the Blackstone Theater on Michigan Avenue for a tryout before heading to Broadway. Poitier led the cast in what Tribune critic Claudia Cassidy described as production with a “warm heart, proud backbone and a quicksilver funnybone.”

The play went on to a successful run. It was named best play of 1959 by the New York Drama Critics Circle and nominated for four Tony awards including Best Actor in a Play for Poitier's portrayal of Walter Lee Younger. Poitier reprised his role in the 1961 film version of A Raisin in the Sun. Chicago Public Library featured A Raisin in the Sun as a spring 2003 One Book, One Chicago selection.

Poitier’s other turns on the big screen include his debut film role as a doctor treating a bigoted patient in No Way Out. That led to more roles, including in well-known films like In the Heat of the Night and To Sir, With Love. He was the first African American to win the Best Actor Oscar for his role as Homer Smith in Lilies of the Field.

In the 1970s and 1980s, Poitier took a place behind the camera directing hits like Stir Crazy.

More recently, he’s put pen to paper and authored several works, including a selection of letters to his great-granddaughter, Life Beyond Measure, and the novel Montaro Caine.

Life Beyond Measure is available in other formats.

Montaro Caine is available in other formats.