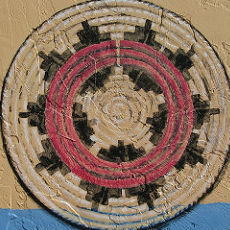 Among Nebula Award winners, Rebecca Roanhorse is unique: she is the first Indigenous American woman to win in a major category. Now, she has a full-length novel out: Trail of Lightning. Massive flooding has led to a post-apocalyptic world where the Navajo and their gods are enjoying a renaissance. Unfortunately, black magic and monsters are as well. Trained by an immortal, Maggie hunts down bad critters using her own supernatural clan powers. Paired by a grandfather figure with the smooth-talking shaman Kai, Maggie is sent on a mission by Coyote that will take her to the heart of her inner darkness. The characters are well-drawn, the world-building fantastic, and I can hardly wait for the next installment in the series. Of course, we will have to wait, so here are some more novels that involve the religious practices of Indigenous Americans.

The protagonist of the Ella Clah Mysteries by David and Aimée Thurlo is a former FBI agent who has come back to the Navajo Reservation to walk in beauty. She has to use both modern forensic techniques as well as her knowledge of the old ways to solve the mysteries that present themselves. While heavier on plot than character development, the descriptions of the landscape and use of folklore make this series worth picking up, especially for Tony Hillerman fans.

In Garth Stein's Raven Stole the Moon, Jenna is grieving the loss of her young son in a boating accident near Thunder Bay. She heads to her hometown not far from the site of the accident, where she grew up with her Tlingit grandmother. Convinced that her son has been stolen by shape-shifting spirits, Jenna takes up with a local shaman in order to put her son's soul to rest. This is a highly descriptive supernatural thriller.

On Easter 1963, a white turkey, sacred to the Lakota, shows up on the doorstep of Hazel Latour and her granddaughter in Frances Washburn's The Sacred White Turkey. Hazel is a medicine woman, preparing herself and her clients for the annual Sun Dance. After someone kills all her chickens and tries to do away with the turkey as well, Hazel realizes the evidence she has of corruption amongst tribal leaders may be more dangerous than she realized. Washburn lovingly paints a portrait of both the people and the area in and around the Pine Ridge Reservation as well as the bond between Hazel and her granddaughter in a book where the mystery is incidental.

Have more novels featuring the beliefs of indigenous peoples? Tell us about them in the comments.