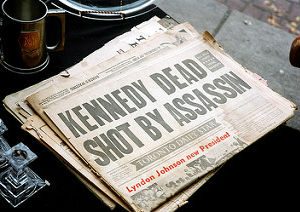 Just in time for the 55th anniversary of the JFK assassination, we are gifted with November Road by Louis Berney. Frank Guidry works for the New Orleans mob, but he was sent on an errand to Dallas, and now the president is dead and Guidry knows too much to be left alive. He flees cross-country and meets the perfect beard: a woman in flight from her suffocating life in Oklahoma with her 2 daughters and the family dog in tow. It's a desperate gamble for all of them, and this is noir, but the tale is told gently and the characters are so sympathetic, you root for them anyway. Berney is also very good at evoking the era, with the sense of both incredible loss and optimism as well as the social upheaval to come. If you can't wait to get your hands on November Road, I do have some other recent noir novels for you.

The Twelve Lives of Samuel Hawley by Hannah Tinti has a rapid pace that belies its well-developed characters. Outlaw Samuel Hawley finally decides to set down roots as his daughter, Loo,  approaches high school. The two are bonded together by their life on the run and the death of Loo's mother, but adolescence threatens all that. Told in chapters that alternate between the present day and the stories behind the 12 bullets that scar Samuel, this coming-of-age story may also be of interest to teenagers.

The always-excellent George Pelecanos is out with his latest, based on his experiences with prison literacy programs: The Man Who Came Uptown. Michael Hudson is trying desperately to go straight after being released from jail unexpectedly, encouraged by the prison librarian. It's a tough transition for all the usual reasons, but also because the man who sprung Hudson wants him as a getaway driver in his own criminal enterprise. Hudson, however, has learned from the novels he read in jail that there is a bigger world than D.C.'s  underbelly and wants to be part of it. Pelecanos' understanding of how good men can go bad under the wrong circumstances and his sensitive writing make this a winner.

Dodgers by William Beverly takes the noir trope of the cross country trip, this time going east instead of west. East, in fact, is the name of the protagonist, an L.A. gang member who is sent to Wisconsin as part of a hit team to kill a witness against his uncle. East quickly finds it hard to avoid scrutiny as a member of a group of minority youth traveling through the Midwest as opposed to Los Angeles. For all the violence East has seen and perpetrated, however, Beverly convincingly portrays him as capable of both wonder and the appreciation of beauty, and he is transformed by his sojourn in the American heartland.

Jamie is the young, female protagonist of Gale Massey's The Girl From Blind River. She's from a very troubled family in a town with no good choices. Armed only with her skill at poker and will to survive, Jamie attempts to break free of her abusive uncle's schemes and maybe save her brother as well. Massey manages a kind of poetry while keeping the pages turning in this first novel.

Have more new books about tough-but-tender, possibly doomed characters? Tell us in the comments.