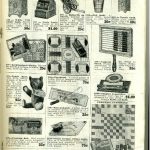 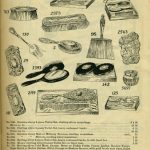 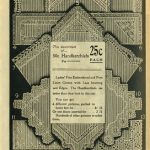 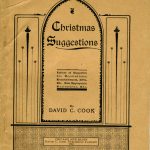 Long before Cyber Monday, folks who didn't live close enough to a city to visit shopping districts downtown would order their holiday gifts through the mail using paper catalogs. If they were ordering those presents between around 1870 and 1920, it's likely they were ordering from a Chicago company.

In 1872, just after the Great Chicago Fire, A. Montgomery Ward's newly opened company began sending catalogs with a wide variety of goods to rural customers. Beginning in 1895, Sears, Roebuck & Co., another Chicago-based firm, soon overtook Ward's in size. Both companies employed thousands of Chicagoans and also established distribution centers around the country. While these leading companies began turning to brick-and-mortar stores in the 1920s, mail order was lucrative for many companies based in Chicagoland.

The Trade Catalog Collection in Special Collections is full of catalogs advertising the products of countless companies operating throughout Chicago's history. If you lived around the turn of the 20th century and were looking for that perfect item for someone on your list, there would be no shortage of ideas:

How are you doing your holiday shopping? In person, by catalog or online?