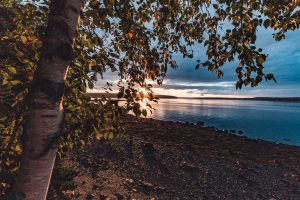 The September Vibe, although a term I just invented, is a feeling we all know. It comes with an ache of nostalgia for long summer days gradually turned shorter and cooler. It brings to life butterflies in your stomach as you look ahead and eventually experience the change and newness that the school year brings. Some summer friends go their separate way while new relationships start to form. The September Vibe is filled with mixed emotions for sure, but rest assured, while thoughts of summers gone may remain, they will fade with lovely new memories made.

Check out these reads that capture the beautiful nature of the September Vibe.

The Boy and Girl Who Broke the World tells the story of an unlikely friendship between two loners, Lydia and Billy, who come together at the start of a new school year. Their friendship is an emotional roller coaster perfect for the September Vibe but with some twists—namely a murderous house, an imaginary girl and inexplicable natural disasters.

The Field Guide to the North American Teenager follows the experience of 16-year-old Norris, a French-Canadian Haitian, as he starts the school year in Austin, Texas, after moving from Montreal. This hilarious book captures Norris' experience as an outcast among a school full of, as he puts it, cliches from a bad 1990s teen movie.

The Goodbye Summer is classic end-of-summer drama, but with a twist. Caroline has planned all along to run away with her boyfriend, Jake, at summer's end until she finds herself growing closer to a new friend and other ties at home. This book reminds me that the September Vibe is a lot like a first love.

Tell Me Everything is all about looking back on the good times while facing struggle. This particular struggle, however, is a mysterious murder and a troubled past!

What does the September Vibe mean to you? Let us know in the comments.