Artist and educator Kate Conlon shares her discoveries and process during her time as Maker-in-Residence. 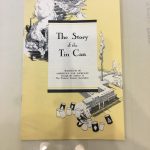 1The Story of the Tin Can. Information pamphlet from the Century of Progress Exposition. Available in Special Collections. 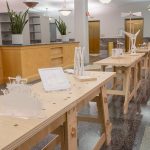 2The Story of the Tin Can. Exhibition view. 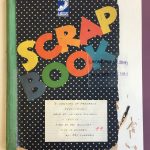 3One of 14 Scrap books documenting the 1933-34 Worlds fair. Assembled by Ray Lundvall. 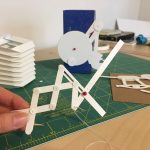 4Paper prototypes in the studio. 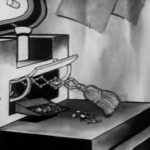 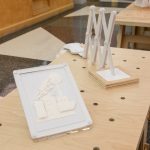 77. The Story of the Tin Can. Exhibition view. 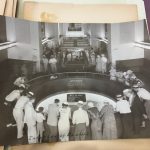 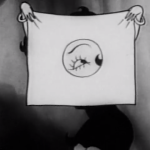 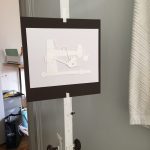 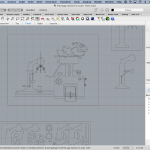 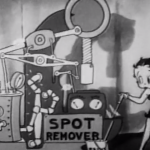 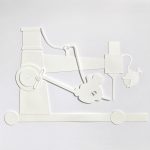 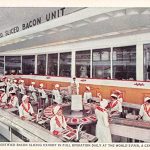 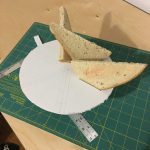 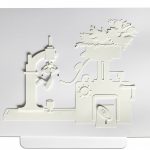 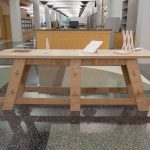 The Story of the Tin Can

In the Spring of 2019, I began my residency with the Chicago Public Library. As an artist whose work often begins with a period of research, this opportunity felt both incredibly exciting and completely natural. I have always loved libraries. I love wandering the stacks - traveling breezily from topic to topic and from place to place. I love that, on my way to a particular call number, I’m likely to find two or three titles that interest me even more than the book I was searching for. Libraries facilitate my favorite kind of research - the kind you do before you even know what question to ask.

When I began my residency, I was interested in connecting two notable resources of the library system - the Harold Washington Library Center's Maker Lab and the holdings of the library’s Special Collections. I was particularly interested in the way that archival materials related to Chicago’s 1933 Century of Progress Exposition, a World’s Fair with the oddly ominous slogan, “Science Finds, Industry Applies, Man Conforms,” might contrast the Maker Lab’s mission of empowering individuals by providing free access to emerging technologies.

Sifting through myriad materials in the archive, it quickly became apparent that I wasn’t going to draw any sweeping conclusions about the relationship between the city of Chicago and technological progress. What I found instead were dozens of curiosities, questions, and mysteries - each one a potential starting point for creative exploration.

In The Story of the Tin Can, I have organized my inquiry according to scale - starting with the individual and progressing through the stratosphere and outward into space and time. The above photos document investigations relating to the theme of individual efficiency, a topic that preoccupied the designers of the Century of Progress Exposition. Many of these investigations begin with satirical cartoons released at the time of the fair. These animated films lampoon proponents of techno gadgetry by imagining convoluted mechanical systems that accomplish only trivial tasks. In the studio, I attempt to wrestle these fictional machines into reality with varying degrees of success. If you would like to join me in this experiment, you can download plans for “The Fresh Egg Frier” and make your own at home or Ask a Maker for help making one.

Visit The Story of the Tin Can on the third floor of the Harold Washington Library Center from April 12 to May 22.