As part of One Book, One Chicago, we're featuring a series of original essays titled Chicago Heroes: Real & Imagined! Each month through spring 2015, meet a local hero as introduced by a local author. Chicago authors will reflect on heroes from the past, present or even imagined in these new short essays.

This essay is in honor of the late Mayor Harold Washington, who we especially remember on April 15, his birthday. To learn more about Mayor Washington's lasting legacy, visit the permanent exhibit in the Special Collections Exhibit Hall on the 9th floor of the Harold Washington Library Center. 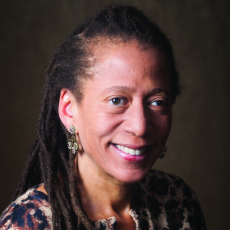 Laura S. Washington is a columnist for the Chicago Sun-Times and political analyst for ABC 7- Chicago.  Washington brings more than two decades of experience as a non-profit professional and multi-media journalist.  Washington also served as the longtime editor and publisher of The Chicago Reporter, a nationally recognized investigative monthly specializing in racial issues and urban affairs. Her column has been published by the Chicago Sun-Times since 2001. She has been a contributor to National Public Radio.  Washington was deputy press secretary to Mayor Harold Washington, Chicago's first black mayor and an investigative producer for CBS-2/Chicago, correspondent for “Chicago Tonight” on WTTW, and op-ed columnist at the Chicago Tribune. Her work has been honored with Chicago Emmys, several Peter Lisagor awards, and the Studs Terkel Award for Community Journalism, among others. 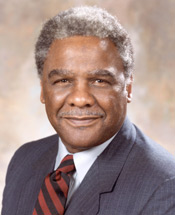 There are all kinds of heroes in our culture.  There are the muscular heroes in tights that jump from tall buildings in a single bound.  There are the heroes who pull a cat from a tree, or a lucky motorist from a flaming car.

I was born and raised on the South Side of Chicago, in black enclaves where inequity ruled.  Bronzeville, Oakwood, Washington Park, Park Manor, South Shore.

As I grew older and visited other parts of town, I noticed the stark differences. Chicago’s fairness quotient was way out of whack.  African Americans and Latinos were deprived of their fair share of city resources and opportunities by every measure: access to police services, health care and affordable housing; decent schools; good parks and recreation; job opportunities.

I wanted to change that.  So I went to journalism school.  As a cub reporter, I was inspired to politics in 1983, when I covered Harold Washington’s historic mayoral campaign.  And I was privileged to serve as the mayor’s deputy press secretary.  (I was not related to the mayor—if I had been, he would have never hired me).

Harold Washington inspired a remarkable moment—the confluence of an extraordinary man, a unique time, and a political movement.  He proved that politics could be a powerful force for change.

Washington inspired and empowered the voiceless, by working strategically and aggressively to bring them to the tables of power.  He fiercely believed that Chicago was far richer and stronger when all of its citizens participated.  He insisted on equity and access to the corridors of power for all.

Harold Washington inspired through his boundless energy, keen political mind and love of the people.  He would exhort on the campaign trail:  “No one, but no one in this city, no matter where they live, or how they live, is free from the fairness of our administration. We'll find you—and be fair to you, wherever you are.”

He found, and inspired them, in Bronzeville flats, Lincoln Park grey stones, Marquette Park bungalows.  He found and inspired in the cantinas of Pilsen and the Korean BBQ joints.  (It helped that he loved to eat).

My late father, Andrew N. Washington, was inspired.  He was a U.S. postal worker who toted mail for decades on the city’s South Side.  He was a government worker, but he never believed that the government would work for him.  Until that freezing February day, when, his mail route was done, he headed to the polling place to pull the lever “for Harold.”

It was the first time he had voted in 20 years.

The Harold Washington movement inspired another black man, one who would be president.  Barack Obama moved to Chicago in 1984 because of Harold.  “I wanted to do community organizing,” Obama later told Chicago magazine.  “And I couldn't think of a better city than one as energized and hopeful as Chicago was then.”  Harold Washington inspired the singular hope that took Obama to the White House.

Alton Miller was the mayor’s press secretary from 1985 until 1987. Wherever they went, “it seemed to me that we were always wading through throngs,” Miller wrote.

Washington inspired around the globe.  The mayor met the Pope at the Vatican; went to Mexico City; traversed Israel, from Bethlehem to the Golan Heights; visited Milan, Osaka, Tokyo, Shanghai, Beijing, and Puerto Rico, according to Miller’s 1989 biography, “Harold Washington: The Mayor, The Man.”

He loved to tell this stump story: “There was a time, not long ago, if you said you were from Chicago, someone would make the crack, ‘Al Capone, rat-a-tat-tat-tat-tat!’ ” Washington would exclaim.  “But now, anywhere in the world you go, you go to any of those places and you say you're from Chicago, you know what they'll say to you?” The crowd would roar, “How’s Harold?”

“The power structure does this—makes heroes out of dead folks. Because dead folks can't lead nobody nowhere,” he said in a 1997 interview with public radio’s “This American Life.”

“They've made Dr. King a holiday. And he was the most unpopular person at the time of his death as any leader in the history of the nation. And the moment he got killed, since he can't lead nobody nowhere, now he's a hero.”

“I don't think that they're going to give Harold the same kind of accolades, because he might lead somebody from the grave.”