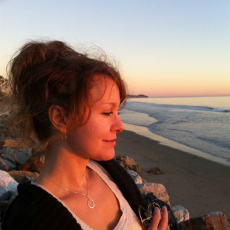 Chicago author Christine Sneed is the author of three novels, Portraits of A Few of the People I've Made Cry, Little Known Facts, and most recently Paris, He Said. Her short stories have been published in a variety of places including Best American Short Stories, PEN/O. Henry Prize Stories, New England Review and Ploughshares. She received an Illinois Arts Council Fellowship in poetry, is the recipient of the 2013 21st Century Award from the Chicago Public Library Foundation, and her books have won a variety of prizes including Ploughshares'  John C. Zacharis prize, Book of the Year by the Chicago Writers Association, Midland Authors Award, and Booklists top ten debut novels. Christine lives in Evanston, IL and teaches creative writing for the MFA programs at Northwestern University and the University of Illinois-Urbana-Champaign.

In the Prime of Their Lives

Before I started teaching writing courses during graduate school in the mid-90s, it wasn’t clear to me just how much work—both inside and outside the classroom—teaching required, especially if you were at the helm of literature or writing courses, which often oblige teachers to read and prepare hundreds of pages of assigned texts each week. But the most arduous work, many would agree, is the reading and critiquing of student papers. All those pages, some of them barely intelligible! How did three of the best teachers I’ve ever known—Mr. Weber, Mr. Kraft and Mrs. MacDonald, three English teachers I studied with in high school—ever keep up, year after year, with the ceaseless onslaught of our essays on Billy Budd, The Canterbury Tales and A Separate Peace?

It’s been almost 30 years since those now-distant English classes at Libertyville High School, the Reaganomics-haunted years when I shuffled through the crowded hallways wearing the inadvisable fashions of the times:  shiny rayon shirts with shoulder pads, mini-skirts and Jordache jeans, my hair feathered and lacquered with too much AquaNet, but I still think about these influential teachers often.

All those frigid winter mornings when Mr. Weber had to drive the hour round-trip (oh, the monotony of that drive!) from the home he shared with his wife and three sons in Waukegan to stand before our classroom and teach us every day of the school year.  And he did it uncomplainingly, with the same sunny temperament and sense of wonder for the readings he carefully chose from our big omnibus textbooks—The Death of a Salesman, The Crucible, An Enemy of the People, short stories by John Updike and Mark Twain, the poetry of Anne Bradstreet.  I remember feeling, even in my self-absorbed, barely coherent teenage brain, an excited curiosity about these writers and their enduring work that Mr. Weber (and before him, Mr. Kraft, and after him, Mrs. MacDonald) seemed effortlessly to engender in my classmates and me.  He loved them and so, of course, we had to love them too.

The most suspenseful days were those when he returned our essays with his careful blue-inked handwriting, discussing the more inspired papers as he handed them back. I wonder if he missed us after we graduated and wondered in turn what we would do with our lives—who among us would disappoint him, or more opportunely, impress and gladden him?  As I eventually learned, he remembers dozens of his former students so clearly and can recite our now-ancient essay topics back to us. I’ve had lunch with him several times in the last 10 years or so, and he remembers much more than I do—more proof that he was always awake and present each day, a quality that seems to be a rarer and rarer one as time passes and we take on the habits of iPhone addicts and Facebook junkies.

Perhaps it is a platitude to write about influential teachers, but it is, I think, a permissible and necessary one.  Grateful students should tell the teachers who encouraged them to go forth and be generous and curious, to open a book instead of turning on the TV, that they are very glad these teachers exist, and that they matter as much as they ever have.

Many of the teachers I studied with at Libertyville High School are people I still feel as if I must not disappoint: among others, Madame Sugarman who taught me French, which became my major in college, and Mr. Estep whose psychology and history classes were as interesting and riveting as a great film. Their steadfastness and kindness, their ability to suppress cynicism when inevitably it must have arisen—I think of them and wonder if they are happy, if they know the good they did.