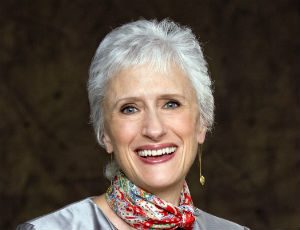 This post is part of our occasional series Chicago Authors on eBooks, but Sara Paretsky's titles are also available in print, as noted below.

Beloved fictional detective V.I. Warshawski emerged during a meeting between Sara Paretsky and a less-than-beloved boss over 35 years ago.

As “Fred” droned on and Paretsky censored her “unprintable” thoughts, the aspiring author began to imagine a bold and independent detective. A woman who was her own boss—“a hero who would never put up with the Freds of the world.” The character’s initials came to Paretsky on the train ride home, and indomitable private eye V.I. Warshawski was born.

As Paretsky writes in the 30th anniversary edition of her first mystery, Indemnity Only, Warshawski was her antidote to the women in the noir fiction she otherwise loves: helpless, virginal “good” girls and equally clichéd and simplistic “bad” girls.

V.I.—for Victoria Iphigenia, or Vic to her friends—is smart, tough, attractive and undomestic: a complex woman with a law degree from the University of Chicago, a pile of dishes in her sink and the occasional man in her bed.

Like her heroine, Paretsky attended graduate school at the University of Chicago, but she grew up in Kansas and first visited Chicago as a college student in 1966. In Writing in An Age of Silence, a collection of autobiographical essays, she says the community service work she did that summer and the people she worked with “changed my life in almost every important way.”

She came to feel that her destiny was in Chicago, and the Hyde Park resident has lived here for over 45 years. Fascinated by the South Side, she made Warshawski a born-and-bred South Sider—the daughter of a Polish police officer and an Italian music teacher—and someone who, like her creator, sympathizes with everyday Chicagoans. Paretsky’s mysteries, which have earned her lifetime achievement awards from the Crime Writers’ Association and Mystery Writers of America, often address social issues and feature characters struggling to bring change to their communities.

Characters like student activist Anita McGraw, from Indemnity Only (available on OverDrive). A union activist and student at the University of Chicago, Anita goes missing, and Warshawski is hired to find her. Soon after, Anita’s boyfriend is murdered, and his little sister turns to Warshawki for help. Suspects include a mobster, an insurance man, a union boss and a banker. It’s a fine introduction to the endearingly flawed and forthright Warshawski in her salad days. (“I usually only pay the bills the third time they come around.”)

Indemnity Only is also available in paperback.

One of Paretsky’s most popular books is Brush Back (available on OverDrive), which returns Warshawski to her childhood stomping grounds. Reluctantly. Because the person who hires her was her boyfriend for six weeks in high school, and because the task is to exonerate his mother, who hates the Warshawskis and who served 25 years for allegedly killing her daughter. Corrupt politicians and a chase scene beneath Wrigley Field figure in this 17th Warshawski novel, as does the landscape of Chicago.

Brush Back is also available in hardcover.

From steel mills gone silent to our glorious lakefront, Chicago is lovingly detailed in Paretsky’s books. She switches things up a bit, however, in her latest book, Fallout (available on OverDrive), which sends Warshawski to Lawrence, Kansas, Paretsky’s hometown. This time, the detective is out to find a missing film student, whose friends say he’s being framed for drug theft. She finds and then loses him, in Kansas, where women are turning up dead or near-dead, and Warshawski, an outsider, is considered a suspect. Intriguing storylines include a 1983 anti-nuclear protest no one will talk about—a protester died shortly after—and a scientist’s homeless daughter who comes to Warshawski with information.

Fallout is also available in hardcover.

Although today there are many women mystery writers, they owe a debt to Paretsky, not only for her trailblazing series with its smart and independent heroine, but for co-founding Sisters in Crime, which advocates for and supports women crime writers. Like her fictional protagonist, Paretsky is a Chicagoan who fights the good fight, for which this reader—among many—is grateful.

Do you have a favorite V.I. Warshawski mystery or moment? Let me know in the comments!