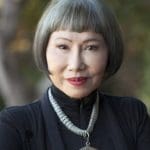 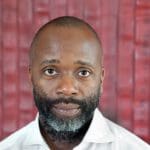 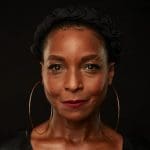 Recipients will be honored during the Library Foundation Awards at 6 p.m. Tuesday, November 9. This free online event can be viewed on the Chicago Public Library Foundation YouTube channel. Legendary Chicago news anchor Bill Kurtis will host the event and NPR's Scott Simon will lead an intimate conversation with Tan.

The Carl Sandburg Literary Award is presented annually to an acclaimed author in recognition of outstanding contributions to the literary world and honors a significant work or body of work that has enhanced the public's awareness of the written word. Tan is the first Asian American author to receive this honor. Tan’s novels The Joy Luck Club, The Kitchen God's Wife, The Hundred Secret Senses, The Bonesetter's Daughter, Saving Fish From Drowning and The Valley of Amazement are all New York Times bestsellers and mark key moments in her groundbreaking career.

The Arts Award celebrates the power and impact of Chicago’s artistic community. Recognized globally for his work in the arts, Theaster Gates was raised in Chicago and trained in ceramics, urban planning and sculpture. Gates’s multidisciplinary work focuses on ambitious cultural initiatives and interventions, which can be seen through his work with the Rebuild Foundation on Chicago’s South Side and in his book 12 Ballads for Huguenot House. His work has been widely exhibited, including at the Museum of Contemporary Art Chicago, Tate Liverpool and the Venice Biennale.

The 21st Century Award honors significant recent achievement in writing by a Chicago-based author. In presenting this award, the Library Foundation hopes to encourage the creation of new works and increase public awareness of the writer's talents.

A powerhouse in Chicago’s theatre scene, J. Nicole Brooks is an ensemble member and Mellon Foundation Playwright in Residence at the Lookingglass Theatre Company. Her most recent production, "Her Honor Jane Byrne," premiered in 2020 and was hailed by the Chicago Tribune as “a deeply moving portrait of human resilience.” Brooks is currently at work on a stage adaptation of 1919, a poetry anthology inspired by the 1919 Chicago race riot and penned by fellow 21st Century honoree, Dr. Eve L. Ewing, and wrote a play in the collection The Chicago Landmark Project.

More About the CPL Foundation Awards