What if all of Chicago read the same book? Explore the theme "Beyond Borders" with us: Read Exit West, attend online events and more.
OBOC Home OBOC Home 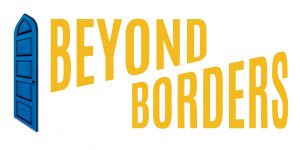 Join us for One Book, One Chicago 2020 as we explore the theme "Beyond Borders" and the book Exit West by Mohsin Hamid.

From September to December, read Exit West with other Chicagoans. The New York Times bestseller is an astonishingly visionary love story that imagines the forces that drive ordinary people from their homes into the uncertain embrace of new lands. In a country teetering on the brink of civil war, two young people meet—sensual, fiercely independent Nadia and gentle, restrained Saeed. They embark on a furtive love affair and are soon cloistered in a premature intimacy by the unrest roiling their city. When it explodes, turning familiar streets into a patchwork of checkpoints and bomb blasts, they begin to hear whispers about doors—doors that can whisk people far away, if perilously and for a price. As the violence escalates, Nadia and Saeed decide they no longer have a choice. Leaving their homeland and their old lives behind, they find a door and step through…

This season explores themes of immigration, refuge, home and family. How has our family’s journey influenced who we are today? How do we tell our immigration stories? What does it mean to be an American? How do we honor and celebrate our cultural background, and how do our backgrounds influence and complement each other, especially in a “melting pot” of America? What if, as in the book, there were a world without borders?

We'll offer over 40 virtual programs as well as book discussions, recommended reading lists, digital content and web TV series from September through December that will explore these questions. Highlights include: