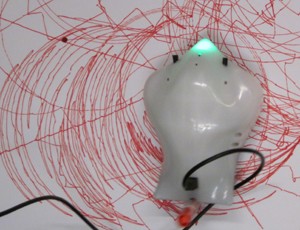 Google and the City of Chicago are teaming up to give families a day of science, technology, engineering, art and math!

Join CPL from 10 a.m. to 3 p.m. Wednesday, July 22 in Daley Plaza for Chicago’s first ever Geek Street Festival! Just like a traditional Chicago street fest, but with a tech twist: instead of fried food and icy lemonade, booths will feature gadgets, gizmos and games to engage kids in STEAM activities.

Chicago Public Library will be there with the following activities:

Other booths include 1871, Adler Planetarium and the Museum of Science and Industry. The best part? It’s all free!

Learn more by watching our segment on WCIU “You & Me This Morning” featuring librarians Sasha, Jorge and our famous Finch Robots.

Be sure to follow the fun with hashtag #GeekStreet on social media and tweet at @chipublib with your #GeekStreet photos.

Let’s geek out! Hope to see you there.