Harold Washington: A Centennial Reflection is on display now in Harold Washington Library Center's 9th floor exhibit hall. This exhibit commemorates what would have been the 100th birthday of Chicago's first African American mayor and highlights the impact he had, and the legacy he left. 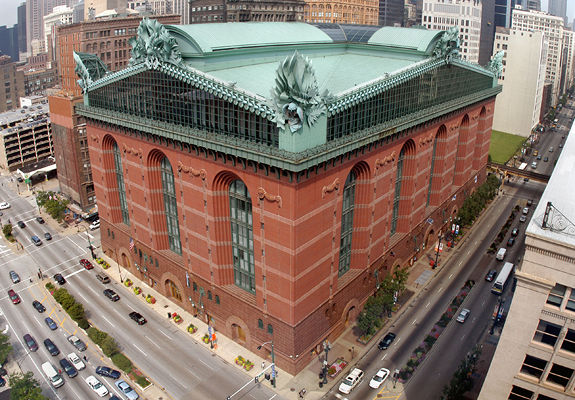 Most of us are familiar with Harold Washington as Chicago's first African American Mayor and the person for whom Chicago Public Library's central library is named. Not so well known, however, is the path Washington took in the years before his historic election as mayor in 1983.

Harold Washington served in the Illinois House of Representatives and as an Illinois Senator from 1965 through 1980. He continued to represent the people of Illinois as a U.S. Congressman from 1981 until 1983, when he became Mayor. It was during these years that he mastered the craft of politics and how to bring people together while fighting for issues his constituents cared about. Although his tenure as Mayor was cut short, Washington initiated lasting changes that Chicagoans hold dear today.

Harold Washington would have celebrated his 100th birthday on April 15, 2022. This centennial reflection tells the story of Washington's path to City Hall, some of the changes he made as Mayor and his legacy. In addition to photographs, campaign posters and documents on display, the exhibit features excerpts from some of Mayor Washington's key speeches. All of the items featured are from collections in the Archives and Special Collections Division of Chicago Public Library. These collections are open to the public for research.