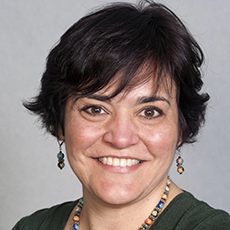 “Andrea Telli is a champion for Chicago Public Library, and its role in building a strong, vibrant Chicago,” said Mayor Lightfoot. “Our libraries strengthen our city’s many neighborhoods and provide free and open access to information and opportunities for Chicagoans to learn and grow. With her commitment to operational excellence and responsiveness to community needs, Andrea will build on CPL’s legacy and continue to serve the residents of Chicago successfully.”

Andrea served most recently as Deputy Commissioner of Public Services, where she oversaw operations for CPL’s 81 branches, its central library at Harold Washington Library Center (HWLC), and directed a significant span of capital improvements across CPL, including the opening of 12 brand new library branches in the past eight years, and major renovations in 18 branches. She has represented CPL as a mentor librarian through the International Network of Emerging Library Leaders (INELI), funded through the Bill and Melinda Gates Foundation. Telli has also served as Central District Chief for CPL, and Manager of the Humboldt Park Branch, among other roles.

“It is a tremendous honor to lead Chicago Public Library as Commissioner,” said Telli. “I love and respect the work that we do, and the positive impact that our libraries have on our city’s vibrant communities. I look forward to continuing to build CPL’s reputation for innovation and quality programming, and to serve our patrons effectively.”

“I am thrilled that Andrea will be taking the helm at CPL,” said Chicago Public Library Board President Linda Johnson Rice. “CPL is stronger today because of her vision and ability to execute at a high level, and I am confident the organization will thrive under her leadership.”

Since 1873, Chicago Public Library (CPL) has encouraged lifelong learning by welcoming all people and offering equal access to information, entertainment and knowledge through innovative services and programs, as well as cutting-edge technology. Through its 81 locations, the Library provides free access to a rich collection of materials, both physical and digital, and presents the highest quality author discussions, exhibits and programs for children, teens and adults. Chicago Public Library continues to develop new partnerships with philanthropy, the business community, researchers, and the social sector. The Library has established its leadership in the field for innovative family programs like the Summer Learning Challenge, and it has one of the largest free homework help programs in the country. CPL received the Social Innovator Award from Chicago Innovation Awards; won a National Medal for Library Services from the Institute for Museum and Library Services; was named the first-ever winner of the National Summer Learning Association’s Founder’s Award in recognition of its Summer Learning Challenge; and was ranked number one in the U.S., and third in the world by an international study of major urban libraries conducted by the Heinrich Heine University Dusseldorf in Germany. For more information, please call (312) 747-4050 or visit chipublib.org. To follow CPL on social media, visit us on Twitter (@chipublib) or Facebook (Chicago Public Library).