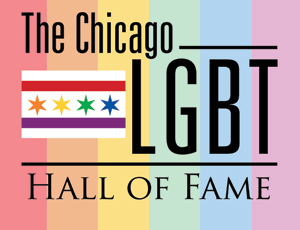 The annual Chicago LGBT Hall of Fame exhibit at Harold Washington Library Center recognizes the contributions of Chicago’s lesbian, gay, bisexual and transgender community and their efforts to eradicate homophobic bias and discrimination. After an induction ceremony on October 13, the exhibit opened October 17 in HWLC ’s 3rd floor Exhibit Hall.

Since its inception in 1991, the Chicago LGBT Hall of Fame has continued to expand. In addition to the selection of each year’s new inductees, a large potion of time is devoted to being custodian of records for the exemplary inductees. As time passes, it is the organization's goal to see that the achievements of our predecessors are not lost or forgotten.

In 2016, the Board of Directors of the Chicago Gay and Lesbian Hall of Fame voted to change its name to the Chicago LGBT Hall of Fame in an effort to be inclusive to all the individuals who combine to make up the diverse LGBT community.