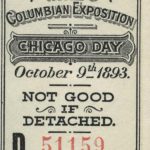 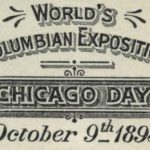 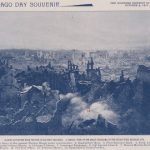 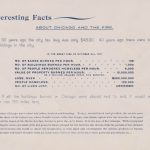 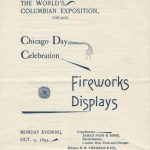 A lot can happen on one day, from the ordinary to the extraordinary. October 9 is a one such day in Chicago history. Most infamously, in 1871, the Great Chicago Fire burned, ravaging the city and reducing it to rubble. Twenty-two years later, having rebuilt from the ashes left by the fire, Chicago was front and center on the world stage, hosting the 1893 World’s Fair.

The World’s Columbian Exposition opened in Jackson Park on May 1. Over the course of the next six months, millions of fair-goers were treated to displays, performances and exhibits from around the world. Special days were featured throughout the run of the fair. More than 50 such days were listed in the fair’s Official Directory for various state, musical, civic and secret societies to “hold exercises peculiar to themselves.” However, there was no designated day to celebrate the city. On August 4, 1893, the Chicago Tribune reported that Alderman William R. Kerr and committee had met to begin planning a “rousing” Chicago Day to coincide with the anniversary of the Great Fire, and that fair managers were “expected to outdo all former efforts in the way of fireworks.”

Chicago Day was meant to celebrate the city’s rebirth and rebuilding after the Great Fire, as well as its success building and hosting the fair. Visitors were invited for a gala day that promised special events, speeches, parades of floats and children in patriotic costume, in addition to the fireworks display. October 9, 1893—125 years ago this month—was proclaimed a holiday by both Illinois Governor John P. Altgeld and Chicago Mayor Carter H. Harrison. Children were given the day off school, and many businesses closed, giving workers the day off to attend the celebration.

Beginning at 6:30 a.m. Monday, October 9, more than 750,000 people descended on the Jackson Park fairgrounds. A reporter at the Chicago Herald quoted in Halligan’s Illustrated World’s Fair, described the flow of people at the 64th Street gate like a “Mississippi River of humanity” meeting a Missouri River of fair-goers exiting the elevated train “like a living Niagara.”

Chicago Day lived up to its promises and was deemed a success. Although students still learn about the Great Fire and World’s Columbian Exposition in school, Chicago Day seems largely forgotten, its memory having come and gone in a blaze.

October 9 may no longer be a holiday in Chicago, but a lot can still happen that’s worthy of celebration. In 1906, the White Sox beat the Cubs in Game 1 of Chicago’s only crosstown World Series. In 1931, Miss Lucille Cook of 6730 S. Langley Ave. entertained the Gibble Gabble Gobble Bridge Club with a delicious luncheon and passed out prizes ranging from stationery to lingerie. Carson’s department store opened its 15th store in 1975. Today, Chicago continues to grow, build and celebrate our city in ordinary and extraordinary ways.

How will you celebrate Chicago this October 9?