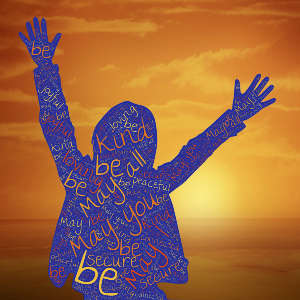 Do you have a family member or know a classmate with autism? There’s a high likelihood you do, as there's a rise in the diagnosis of autism and, according to the National Institute of Mental Health (NIMH), autism “occurs in all ethnic, racial and economic groups.”

Perhaps you’ve noticed someone in your neighborhood or at your school who seems and acts a bit “unusual,” and heard someone mumble in reference to him that “He’s on the spectrum.” Rather than dismissing him for being different, this April - also World Autism Awareness Month - why not learn how you can be more of an advocate for him by learning a little bit more about autism? This Teens Health site will give you a short and sweet summary of some challenges for people with autism and, more importantly, how you can be a friend and ally for teens with autism.

When people refer to “the spectrum,” they're often describing individuals who are a part of a larger group of people who have Autism Spectrum Disorder. These individuals often have neurological and developmental differences across a varied spectrum., and this is why people often say, “If you know someone with autism, you know someone (one person) with autism.” Autism differences in communication or learning vary widely. For instance, some autistic people may not speak, while others speak non-stop (or as often as they can) about one thing. You can check out some of the signs and symptoms of autism on the Centers for Disease Control and Prevention website.

You might want to consider checking out this Autism Society brochure for teens about autism, which clearly reminds teens to “remember that people with autism are just like you – "teens who want to have friends and have fun.” Sad but often true, some of your peers with autism may lack some social skills, and may never have the opportunity to learn them by so often being excluded from hanging out. The Autism Society tips for inclusion advise not to “speak down to” or assume you’re smarter than a teen with autism because, while they may have some communication deficits, they are often incredibly intelligent and “have exceptional talents” across multiple subjects.

Since we’re all practicing social distancing, the worldwide organization Autism Speaks is challenging folks to embark on a virtual advocacy effort, or "Kindness Quest," to make 2020 the year of kindness by helping create a more inclusive world for autistic people. Every Monday they’ll reveal a quest of the week, and you’ll be encouraged to participate by sharing a post on social media, tagging @autismspeaks and using the hashtag #LightItUpBlue, #WorldAutismMonth or #KindnessCounts.

Make a positive difference in the world now for those who are different, but equal!